When Cesar Cala and Marichu Antonio emigrated to Canada from the Philippines 20 years ago, in 1996, they met a Calgary guy named Jim Pritchard.

He became their friend. He still is.

“He gave us a list of things to do and listen to to become Canadian,” says Cala. “About 20 years ago—Stompin’ Tom Connors, we went to Quebec City, we went to Cape Breton. Beautiful place.”

“We drove that [Nova Scotia] shoreline,” says Antonio. “We have yet to go to Yellowknife!”

Twenty years later, the two are beloved and well-respected Calgary community organizers by day and grandparents by weekend and holiday.

Cala works for the United Way, as a neighbourhood strategizer, while Antonio is the Executive Director at the Ethno-Cultural Council of Calgary, a non-profit that works with more than 60 different Calgary cultural communities.

Cala even spends one day a week at the Genesis Centre in the Northeast, a sprawling community centre that’s a gathering place for every imaginable cultural group that the Northeast is home to.

“You’ll have a bunch of old Punjabi gentlemen sitting around playing cards,” Cala says, “and then in the middle, you’ll have young people from diverse backgrounds doing break dance.

Eight years ago, when he started at the United Way, Cala inherited the 1000 Voices at Genesis Centre project, which was then in development.

The first thing he suggested to his bosses was that they ask a few people in the neighbourhood who were destined to use it what they wanted the place to be.

“We were asking just four questions,” Cala says. “What’s great about the community? Which at that time was quite revolutionary, because when they get surveyed, they only get asked what’s wrong with their community, not what’s great.

“What is it that you’re contributing? What’s stopping you from contributing—so then you get into the issues—and if there’s one action to make your community better, what would that be?

“We went around and talked to people where they are,” he adds, “parks, mosques. We ended up talking to more than 1,000 people in about four months, so we brought that report together. It’s called A Thousand Voices—and it became the basis for much of the [Genesis Centre’s] programming initiatives.”

That’s in no small measure because of the philosophy of community development that both Cala and Antonio brought to Calgary from the Philippines.

“Community development starts with people’s potential,” Antonio says. “You start with people’s assets rather than their deficits. You shouldn’t see them only as the recipients, rather as peer support and as people helping each other and helping the community—giving back to the community.”

Antonio used this approach when she started EthniCity, a catering social enterprise for immigrant women, while she was still working at the Centre for Newcomers.

For Cala, the result is a community centre the Northeast has truly embraced.

“In the Northeast now, people feel an ownership around the Genesis Centre,” Cala says. “If you go to the Genesis and another leisure centre, you will see a difference, not just in terms of newness, but the way people treat their centres.”

Similarly, Antonio works with different ethno-cultural communities of Calgary looking for ways to—well—make them feel more at home, and to make them feel that they play an important part in the shaping of Calgary and Canada.

It’s kind of simple, but at the same time it’s kind of the hardest thing in the world. 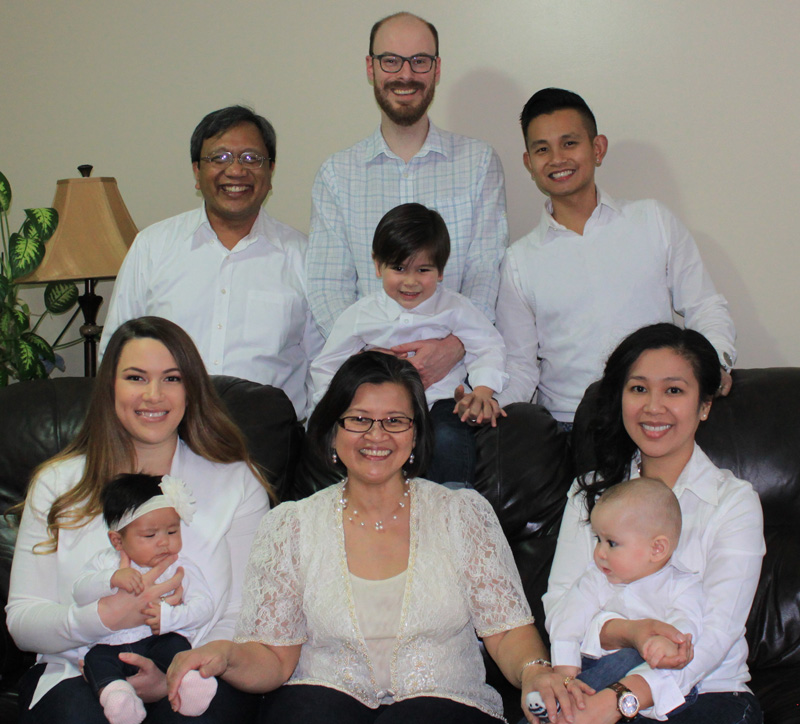 One of the partners that works with the Ethno-Cultural Council is Arts Commons, which provides about a hundred tickets to newcomers, from places like Somalia, Syria, Sudan, India, Singapore, China, and Afghanistan, to attend world music and jazz concerts downtown.

“The impact is really huge,” Antonio says, “especially because they feel like it’s a foreign place to go to. They don’t even know how to dress up, how to get there—but because Arts Commons has also introduced multicultural music—they could identify with some of the performances there. They said it helps with making them feel like they belong too.”

Attending a concert as an audience member is one thing. Being involved in the concert is another.

A year ago, Cala and Antonio were involved with programming the Calgary Filipino Festival at Olympic Plaza, where they came up with the notion of pairing First Nations drummers with Filipino drummers on opening day, an event that engaged over 30,000 Calgarians.

That was cool enough, but it led to discovering some powerful connections between Canadian Indigenous communities and the Filipino community.

“They started to identify, to talk to each other, these Indigenous groups,” Antonio says. “How do you celebrate? What does that chant mean? And then they started to find some common practices and cultural influences.”

The relationship grew over a dinner at the Alex Food Centre, shared drum jams and storytelling, all of it taking place around the time of the Truth and Reconciliation Hearings.

“What we found out,” Cala says, “in that first wave of Filipino immigrants [who] came [to Canada] as teachers in the late 1960s but couldn’t teach in the school system. Who invited them to teach? The reservations.

“Most of them are retired now,” he says. “We know a couple of them. A whole batch of Filipino teachers taught on those reserves. We didn’t even know that.”

That’s one example of what they call the power of “fusion”—bringing two seemingly separate communities together.

“That came about because one of the things that we do,” Cala says, “either together or on our own—we like connecting people and connecting conversations.”

For their work, they both received recognition from the city, when both were named Unsung Heroes, and they both received Queen Elizabeth II Diamond Jubilee Medals in recognition of their community work. Cala also received a 2015 Governor General’s Caring Canadian Award for his work in building bridges across communities.

“We got the Jubilee Medals separately,” Antonio says. “The organizers didn’t know we were married.”

“When they were organizing us,” Cala says, picking up the story, “they asked, why do you [two] have the same address? Because we’re married!”

They take work home with them too. For years, their house has been the first stop up the road for a lot of Calgary newcomers, who live with the couple until they’re able to set off on their own.

“We have an alumni association,” Antonio says, “newcomers who have stayed with us for more than a year, some for more than six months.”

“Some are caregivers,” Cala says. “Some face difficulties.”

“Some almost left the country,” Antonio adds. “A lot of tears [were] shed in that basement.”

That’s the unfortunate reality that a lot of newcomers face—being ripped from a home hurts even if your home is riven by drought, or war, or political instability.

That doesn’t mean Cala and Antonio aren’t making their own list for those newcomers to start checking off, either.

It just might be that the first step to feeling at home is to tap into your own creative life.

For Cala, creative living is just another way of saying complete living.

“Living a creative life matters because it completes us as persons,” he says. “We have this natural yearning to do things differently, in a way that’s better, in almost everything in our lives—even within our own personal sphere, we always challenge our family members to go beyond what is comfortable to them, right?

“We have this yearning to create new things for the better. And I think now with our grandkids,” he adds, “even more so because you want to leave them with a better world.”