Audition Notice for The Christians by Lucas Hnath.

Fire Exit Theatre, in conjunction with Ambrose University, is pleased to announce auditions for the spring 2023 production of The Christians by Lucas Hnath. Directed by Barrett Hileman, the cast will feature students from the Ambrose University acting diploma alongside community professionals.

The following roles remain to be cast:

Not every actor will be called for every rehearsal. Please indicate any conflicts when requesting an audition.

The production will be performed in the Studio Theatre at cSPACE.

You will be sent a monologue from the script to prepare and submit as a self-tape. All submissions received by November 30, 2022 will be considered for in-person callbacks.

Cast performers receive an honorarium for their work. 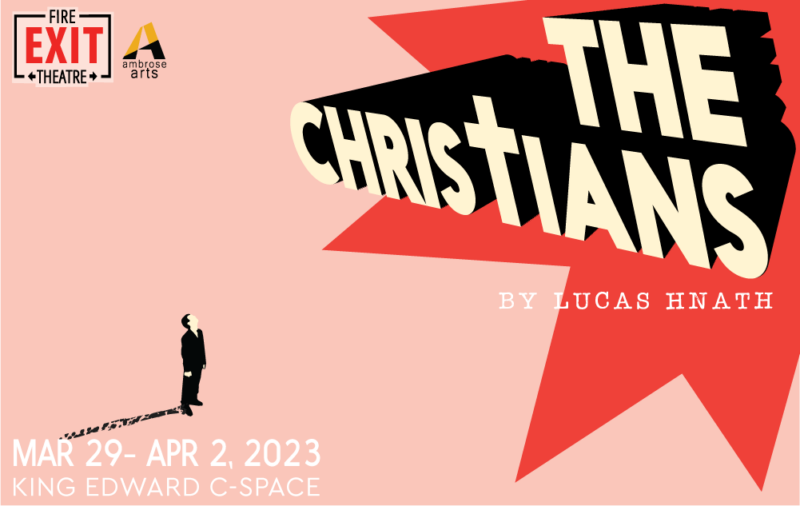