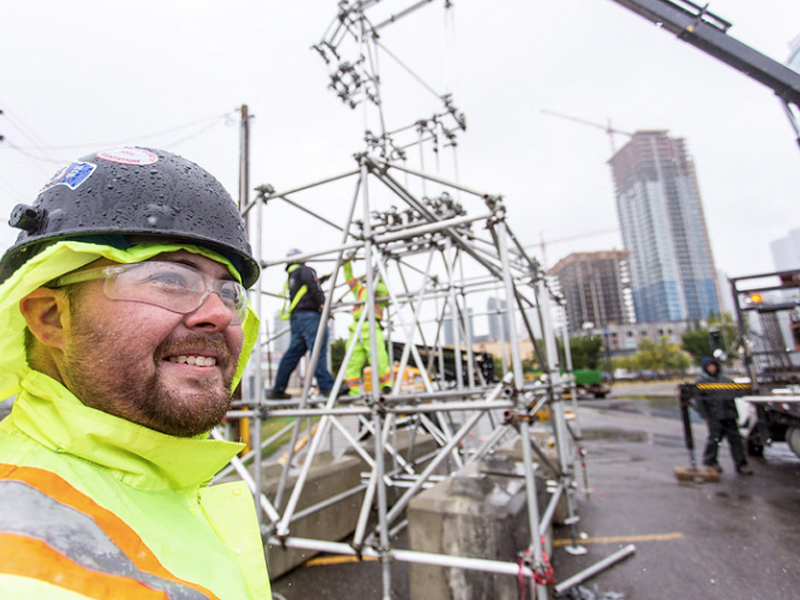 The objective of this design competition is to showcase the talents of the scaffolders contributing to the growth and sustainability of this great province. We believe strongly that scaffolders have an inherent ability to envision and create complicated structures from scratch and that Alberta is home to the top talent. We want to give them an opportunity to tune into the artistic element and learn themselves what’s possible, be proud of their unique skill sets, and share with the rest of Alberta why scaffolders are awesome.

We are looking for applicants to express their imagination and skills as a scaffolder and create a unique and interesting art piece or sculpture from commonly used scaffolding components that can be built and showcased. It can be a shape, an object, an animal, words, letters; absolutely anything you can imagine.

Cash prize of $5,500 to winner plus other awesome stuff.

In celebration of Amour Equipment’s 55th anniversary, they’re partnering up with Beakerhead to hold a first of its kind scaffold art design competition that must include at least one member of Local 2103 or 1325 United Brotherhood of Carpenters.

Find a collaborator at albertacarpenters.com.

Please direct questions about the competition to info@armourscaffold.ca.