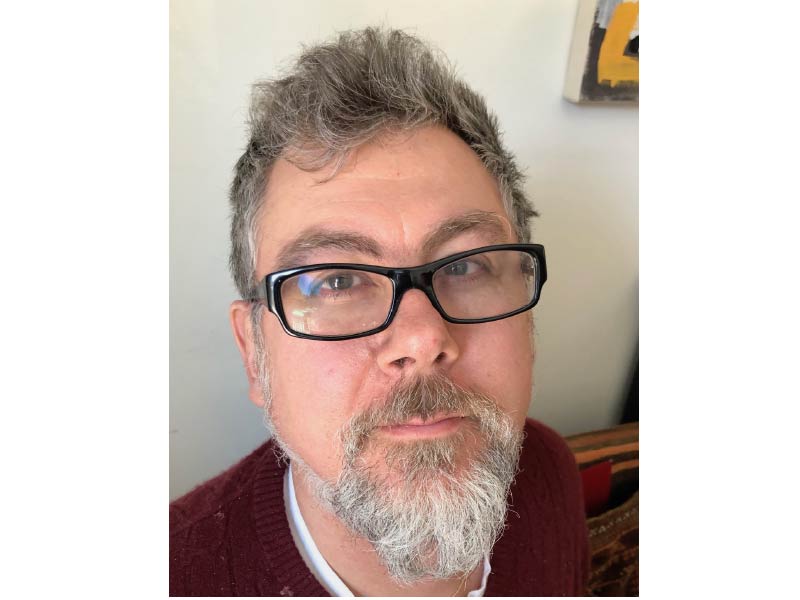 Danish-Canadian artist Anders Knudsen has been a major player in Calgary’s magazine design scene since the early 1990s. As a graduate of the Alberta College of Art and Design (in Visual Communications) and the former creative director of RedPoint Media, publisher of Avenue and Westjet Magazines, he has garnered many awards, both nationally and internationally.

He used to spend most of his days in front of a computer. Now, he can be found at his easel, with a palette knife or paintbrush in his hand. His focus? Creating evocative, intellectual paintings that capture conceptual ideas that affect him and his surroundings.