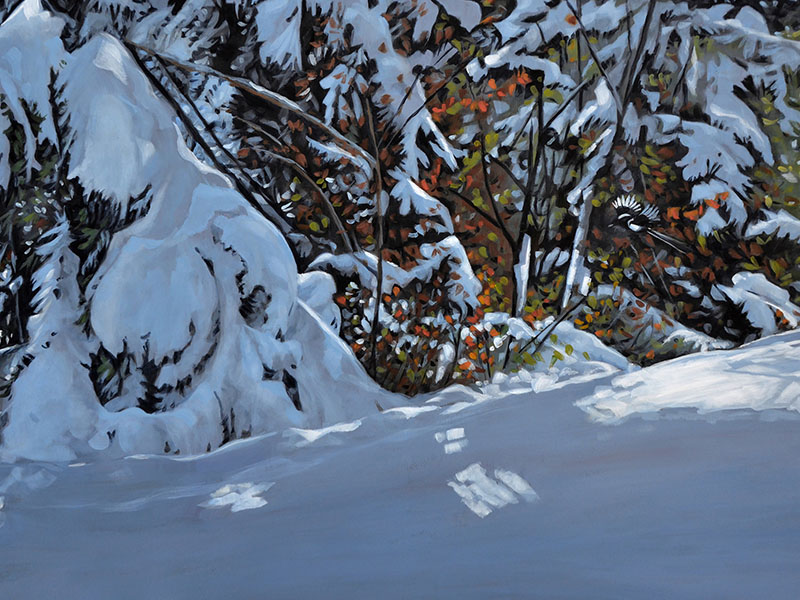 Deborah is a graduate of Queen’s University, Andre Bieler Award recipient, and a Banff Centre alumnus. She has been a member of the Alberta Society of Artists since 1985 and Society of Canadian Artists since 2018. She has exhibited nationally and internationally for more than 25 years with over 20 solo exhibitions. Her landscape, mountain, water, and wildflower paintings can be found in fifty corporate and public collections internationally and her work appears in several art books and numerous exhibition catalogues. The Roberts Gallery in Toronto currently represents her work nationally.

Deborah excels as an acrylic painter and as a creator of digital art. The digital medium allows her to create images by layering, blending and digital painting to focus on a collage of sensory and emotional experiences.

She has participated in numerous ASA Exhibitions including traveling exhibitions, some of which were also part of Trex. Her work was included in Celebrating Alberta, an ASA travelling exhibition in Alberta and US public galleries from 2012 to2014.

Her work has appeared in The Mountaineer and the Artist, at the Whyte Museum in Banff (2006/07), and in Hallmark Canada Fine Art Collection at the Riverbrink Art Museum in Niagara on the Lake (2010).