From food to music, agriculture to rodeo, the Greatest Outdoor Show on Earth is bound to amaze. This year’s Calgary Stampede is home to a stellar lineup of events. There’s a mix of old favourites and new surprises in store.

With all that awesomeness packed into 10 days, it’s easy to get lost in the details. But Stampede doesn’t have to be daunting. Here are our tips to make the most of it:

One of the Stampede’s many value days, Sneak-a-Peek is always a good bet to avoid the giant crowds.

This is your chance to check out Stampede a day before the parade officially kicks it off—most of the attractions are already in full swing and the rides cannot be beat. Add in a concert from Calgary’s own Reuben and the Dark on the Coca-Cola Stage, and you’re set for a magical night.

Sneak-a-Peek starts at 5:00pm on July 4, 2019 and details can be found at calgarystampede.com.

Speaking of awesome concerts, did you know that the Calgary Stampede is one of the city’s largest music festivals?

With 10 straight days of performances from local, national, and international performers in a variety of genres, the Stampede’s new and expanded lineup is sure to have music fans rocking through the day and into the night.

The Coca-Cola Stage is always a good bet and with performances from Feist, T-Pain, Metric, Mother Mother, Death Cab For Cutie, and many more, you won’t want to miss it. And for country fans, Nashville North is a great place to catch risings stars and familiar favourites including Kiefer Sutherland, Emerson Drive, Tebey, and Jess Moskaluke.

If you want a more pub like atmosphere, The Big Four Roadhouse should be on your list. Here you’ll find performances from Sam Roberts Band, Hanson, and The Trews, as well as a special concert featuring Corb Lund, The Sheepdogs, Blackie and the Rodeo Kings, The Sadies, and Whitney Rose on July 7.

And you can’t forget the Virgin Mobile Stampede Concert Series at the Saddledome. This year offers you the chance to see the Zac Brown Band, Sugarland, and Tim McGraw.

Get the scoop on the Stampede’s entire music lineup at calgarystampede.com. 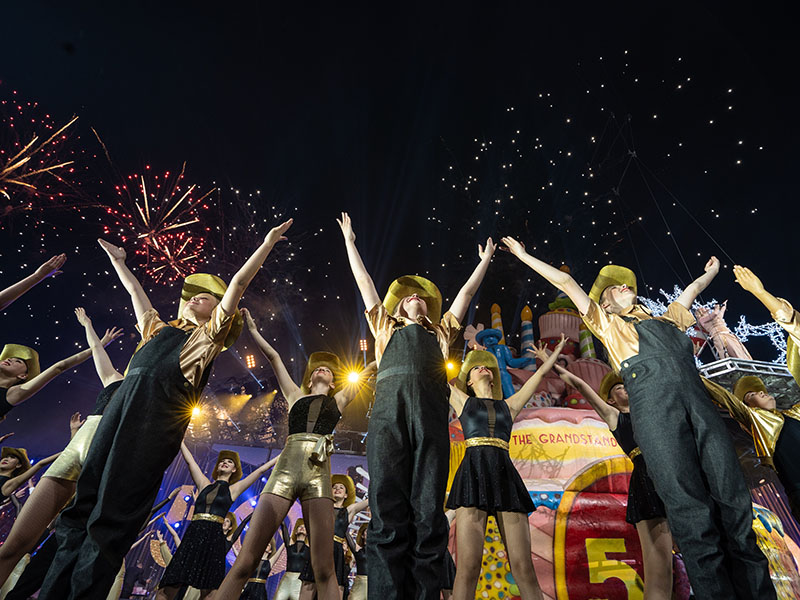 The Calgary Stampede midway might look a bit different this year thanks to an interesting partnership that is sure to drive a lot of interest.

Presented by Netflix, this is your chance to explore the Hawkins Fun Fair from the soon to be released Stranger Things 3. The hit show collides with the Calgary Stampede resulting in a unique experience exclusively for 2019.

Throwing it back to the summer of 1985, there are photo ops alongside Stranger Things themed rides and games. You might even see a few things that feel out of place.

Catch the Stranger Things 3 pop-up on the midway and learn more at calgarystampede.com.

One of our favourite places to visit on the grounds is a haven of creative arts, crafts, and music.

From a comfortable wine garden to musical entertainment and poetry, culinary demonstrations, and original fine art to admire, Western Oasis is a must-see on our Stampede schedule. This cultural showcase is filled with colourful exhibits reflecting western heritage and values.

It’s your chance to meet artists from throughout North America and purchase original artwork. You can even enjoy non-stop music and entertainment at the Window on the West Stage.

The Calgary Stampede Evening Show is a unique doubleheader that takes place nightly.

Kicking off with the roaring chuckwagons in the GMC Rangeland Derby, the Bell Grandstand Show is something we always look forward to seeing.

Known worldwide for its dazzling and elaborate song and dance numbers, acrobatics, and the spectacular fireworks finale, this year’s show takes inspiration from the travelling shows of the early 20th century.

Trailblazer takes audiences on a one of a kind adventure led by show master Onalea, accompanied by the Polyjesters—her travelling band of musical pirates. Featuring The Young Canadians of the Calgary Stampede and culminating in the Stampede’s world-famous fireworks, this is the perfect way to cap a day at the park.

It all kicks off at 7:45pm each evening at the Grandstand and details can be found at calgarystampede.com.