Showcasing Calgary as an ultimate host city, the city’s music community rolls out the welcome mat as Country Music Week and the 2019 Canadian Country Music Association Awards come to town.

“Over the past 15 years, Calgary has been steadily reinventing itself as an emerging music city,” says Andrew Mosker, chair of the local host committee in a statement. “By bringing this series of activations to life and by hosting Country Music Week and the 2019 CCMAs for a record ninth time, we will continue to showcase Calgary’s diverse music scene and growing reputation as the ultimate host city.”

Building excitement for the event and to inspire everyone involved, the local host committee has planned a series of activations designed to showcase the best of what Calgary’s music scene has to offer. It all comes to a head with the CCMA Awards on September 8, 2019.

The whole week is full of live music including free events and showcase concerts. There’s so much to see and do.

Want to get a lay of the land? Calgarians and visitors alike are encouraged to visit the CCMA Hub located at 120 8th Ave SW to learn about all upcoming Country Music Week 2019 events and to purchase tickets.

The CCMA Hub is open Mondays, Wednesdays, and Fridays from 11:00am to 2:00pm until September 7. Swing on by.

With pop-up performances at the arrivals gate at YYC Calgary International Airport, along Stephen Avenue Walk, and on various C-Train cars and platforms throughout the city, these concerts are sure to delight and amaze.

It’s your chance to see sets from Mariya Stokes, Brandon Lorenzo, Christina Colyn, Amelie Patterson, Boots & The Hoots, Ken Stead, and so much more, for free!

Performances take place September 3 to 5, 2019 and the full schedule can be found at ccmacalgary.com.

Hosted at 18 venues along the Music Mile, the Off-Country Music Series encompasses over 60 acts that celebrate all music genres that share the same storytelling tradition as country music.

Off-Country runs September 5 to 7, 2019 and most events are free. The full schedule can be found at ccmacalgary.com. 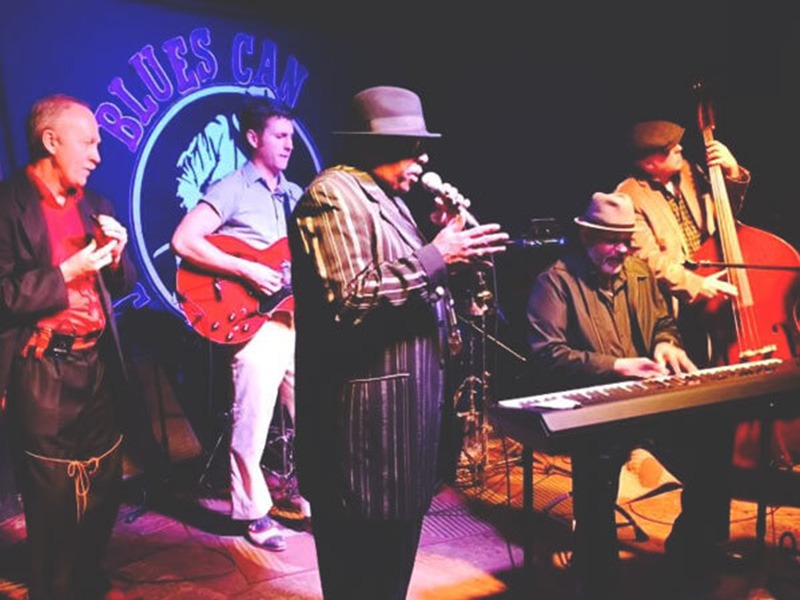 Explore Calgary’s Music Mile with concerts in 18 venues, including The Blues Can | Photo: Courtesy of the Music Mile

There’s even a stage filled with performances by the best country music has to offer. The fully-licensed Fan Village kicks off on September 6 with YYC Country Friday Night and continues throughout the weekend.

“In Calgary, country music is in our veins. Fan Village is an incredible opportunity for all Calgarians to enjoy the spirit of the Country Music Week and take in some top-tier country music,” says Mayor Naheed Nenshi in a statement. “Making these performances free to attend is a great initiative by the CCMAs. I know come September 6, Calgarians will be there with their dancing boots on!”

Fan Village is open September 6 to 8, 2019 and all the details can be found at ccma.org.

Can’t be there live? The 2019 CCMA Awards presented by TD air live on Global on September 8 at 7:00pm, stream on Twitter, and broadcast live on Country 105. Learn more at ccma.org.

To learn more about Country Music Week and the 2019 CCMA Awards, visit ccma.org.