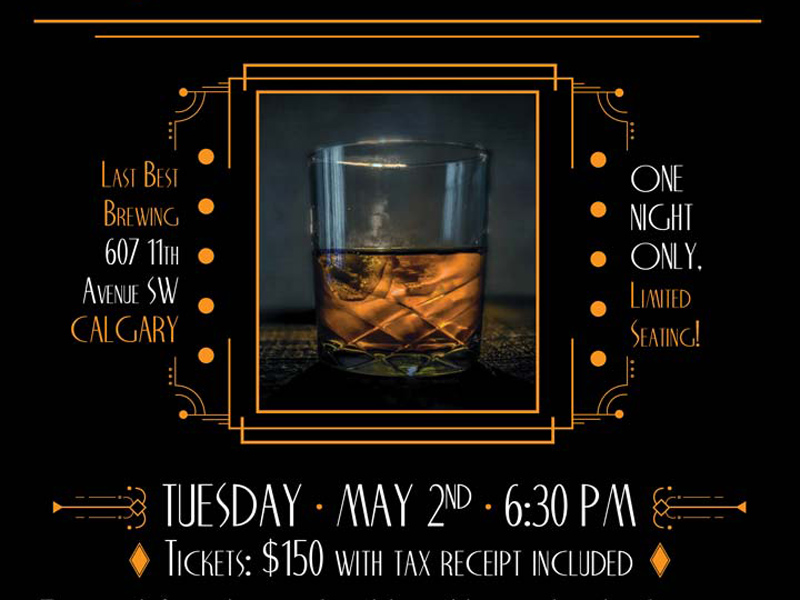 Audience members are blindfolded and led into the venue to experience an intimate scotch tasting that will be joined by a live performance from renowned playwright Jason Patrick Rothery, award-winning sound pundit Matthew Waddell, and GRT Artistic Associate Louise Casemore.

The Six Senses Series is a sequence of sensory performance experiences that Ghost River has been producing since 2014 with each instalment focusing on the theatrical potential of the senses. Tasting Scotch reimagines a traditional scotch tasting as a multisensory performance, designed to expand the audience’s perception of some of the world’s most exceptional scotches.

“After 15 years of hosting specialized whisky tastings, I can say with confidence that this event is the first of its nature” says Andrew Ferguson, in a statement. “We are taking five whiskies, breaking down their stories, their sense of place and creating a narrative around them. By removing our participants’ sense of sight we want not just to enhance the other senses, but allow their imaginations to take control of the experience. Whether you are a scotch fan looking to test their palate or a newcomer who’s looking to break into the world bold tastes, this is an event you should not miss!”