Each summer, Calgary’s festival scene explodes with hundreds of local and international artists, lively outdoor events and tons of family-friendly fun. With over 40 festivals taking place between now and September, there’s something new to check out every weekend.

Canada Day in Calgary promises to be bigger and better than ever this year as we celebrate Canada 150. The City of Calgary has teamed up with Canadian Heritage and 14 partner organizations to program a vibrant, entertaining, educational, and interactive Canada Day including a Strum N Sing Along with Ian Tyson and a live performance by Tegan and Sara.
calgary.ca 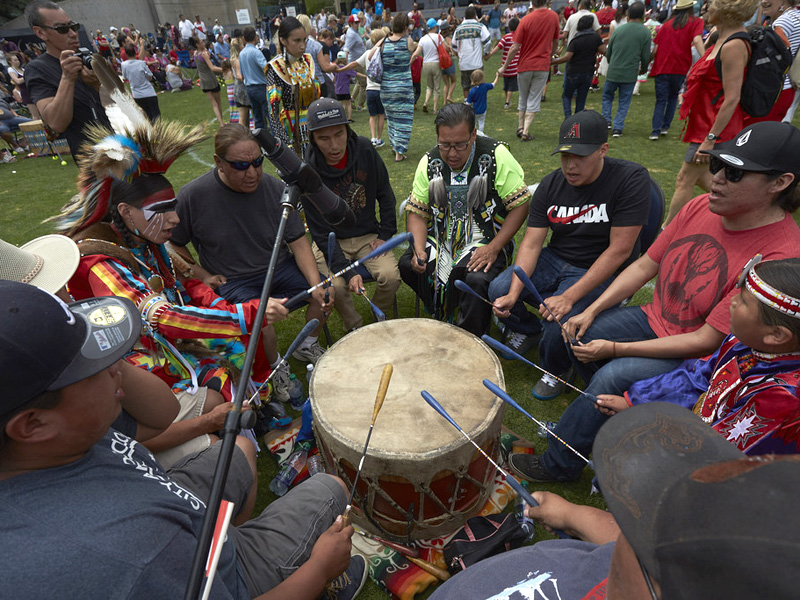 This Canada Day check out the Indigenous Showcase and Powwow on Prince’s Island Park | Photo: Courtesy of the City of Calgary

The biggest festival of the summer, the Calgary Stampede returns with 10 days of music, western events, youth activities, agriculture programs, and so much more. And new for 2017, you can dance, ride, and party the night away with IgNITE on July 6—Beakerhead will even be on hand bringing together the arts, sciences, and engineering sectors to light up the Midway for one night only.
calgarystampede.com

Exploring interspecies relations, the intersectionality of the frontier, and feminist and Indigenous discourses, WILD: Fabricating a Frontier is presented by Contemporary Calgary in partnership with the Calgary Underground Film Festival and M:ST Performative Art Festival. An intensive 10-day festival, WILD features nightly performances, film screenings, and discussions by local, national, and international artists, filmmakers, curators, and writers, as well as an exhibition running from July 7 to August 26 across three separate venues.
contemporarycalgary.com

Bell Live at the King Eddy

Wrangle up your posse for foot-stomping roots and country tunes from a roster of all-Canadian talent. This pop-up country saloon features a revolving lineup of western-style acts to provide daytime and evening shows.
studiobell.ca

Get a taste of Turkish culture with art, folk dance, music and gourmet food. Celebrating 10 years in 2017, visitors are invited to celebrate, learn, and savour Turkish hospitality, culture, heritage and cuisine.
calgaryturkishfestival.com

A community-driven, do-it-yourself bicycle festival, Cyclepalooza is held every summer in Calgary. Bringing people together through cycling, the festival features commuter challenges, photo contests and ride tours that highlight art, food, local history, and more. Anyone can lead a ride during Cyclepalooza!
cyclepalooza.ca

The IFFA showcases the rich diversity of Indian cinema to Albertans and you can check it out on its Calgary stop. With several award-winning and independent movies from India, catch this touring festival during its Calgary stop.
indiafilmfestival.ca

A summer favourite, Calgary Folk Fest celebrates some of the globe’s most independent, original, and innovative songwriters and instrumentalists. This year’s lineup includes City and Colour, Blue Rodeo, AM Static, Reverend Robert Jones, Tanya Tagaq, and many more.
calgaryfolkfest.com 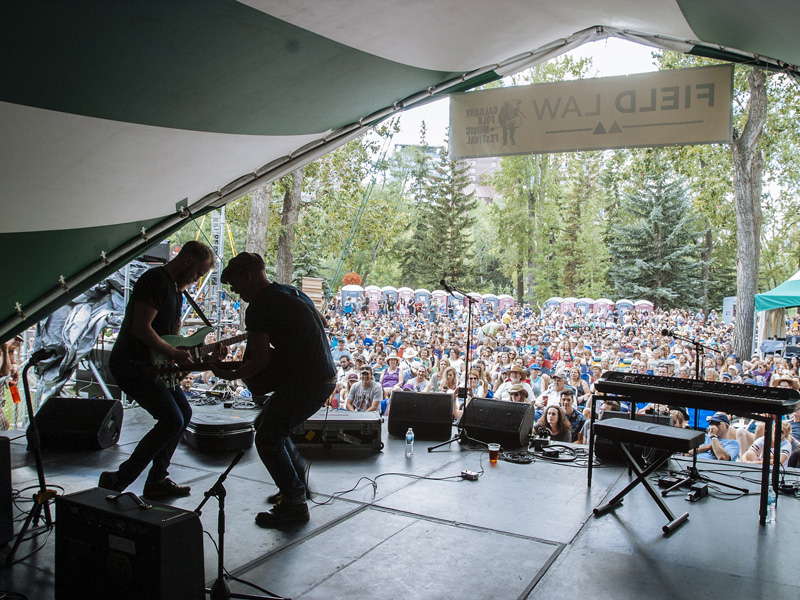 The Calgary Fringe Festival is an uncensored, non-juried performance festival that presents over 30 productions and 150 performances over the course of just nine days. For 2017 see shows including 73 Seconds, Blood Countess, Dog’s Misery Swamp, Help! I’m American!, Legally Blonde The Musical, The Curiosity Cabinet, and many more.
calgaryfringe.ca 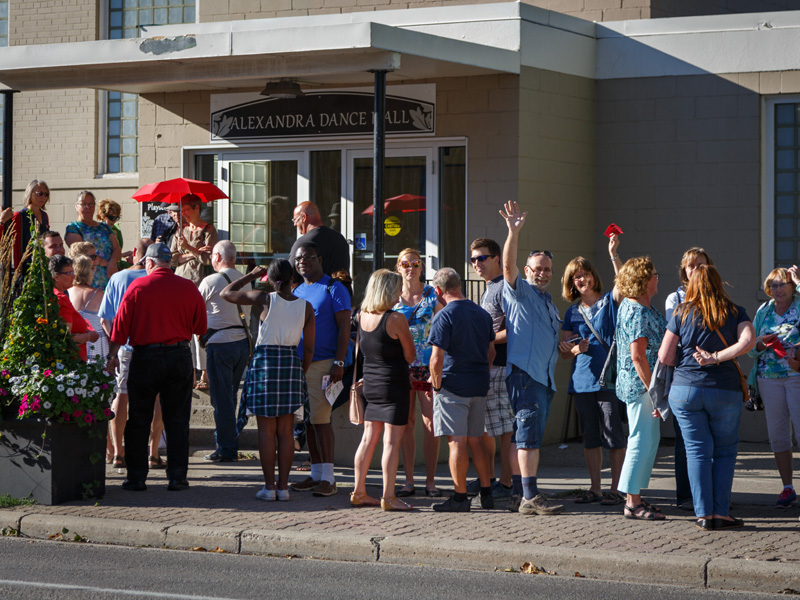 Inglewood Sunfest is all about having fun in the sun! This feisty summer festival in the heart of this historic neighbourhood is here to celebrate, engage, entertain, and delight, and includes activities for all ages.
inglewoodsunfest.ca

An initiative of Portail de l’Immigrant Association, a non-profit organization based in Calgary, join in and celebrate many the Francophone cultures (Africa, North-America, Europe, and Asia) through dance, music, food, arts, and crafts that demonstrate the magnitude and diversity of Canadian heritage.
francofestcalgary.com

Calgary’s festival of food and drink offers sensational samples from Calgary’s most interesting restaurants and beverage companies, against a backdrop of the best talent the province has to offer.
tasteofcalgary.com

Opera in the Village

Calgary Opera’s summer treat returns to its full spectacle in a new location. Head to ENMAX Park for 2017’s full-scale festival featuring South Pacific, Cinderella, and the musical review, And So It Goes featuring Brett Polegato. There’s even free family entertainment from some of Calgary’s best music groups.
calgaryopera.com

Visitors to the Calgary Japanese Festival are treated to authentic Japanese food and snacks as well as presentations of traditional music, dance, and song.
calgaryjapanesefestival.com

Head to Bankview for this free, all-ages outdoor concert series on the hill. Bring a picnic and the whole family for a day of games and great local bands including the Love Bullies and Bankview’s own, Golden Dinosaur.
bankview.org

On the water, teams participate in the 2,000-year-old traditional rowing sport. On land, spectators get to cheer them on while experiencing the music, dance and food of China. The Calgary Dragon Boat Race & Festival draws over 1,850 competitors, over 4,000 spectators, and an abundance of excitement and cultural experiences.
calgarydragonboatsociety.com

The Marda Gras Street Festival attracts some 35,000 people to Marda Loop for a fun-filled and family-friendly event that embraces the culture and cuisine of New Orleans.
mardagras.ca

Celebrating 10 years, Calgary’s own Spaghetti Western Festival gets a new look and format this year with lunch hour concerts on the Stephen Avenue Summer Stage.
facebook.com

GlobalFest showcases the heritage of more than 60 cultures with a variety of events and activities that celebrate Calgary’s diversity and support cross-cultural respect. And don’t forget those amazing fireworks!
globalfest.ca 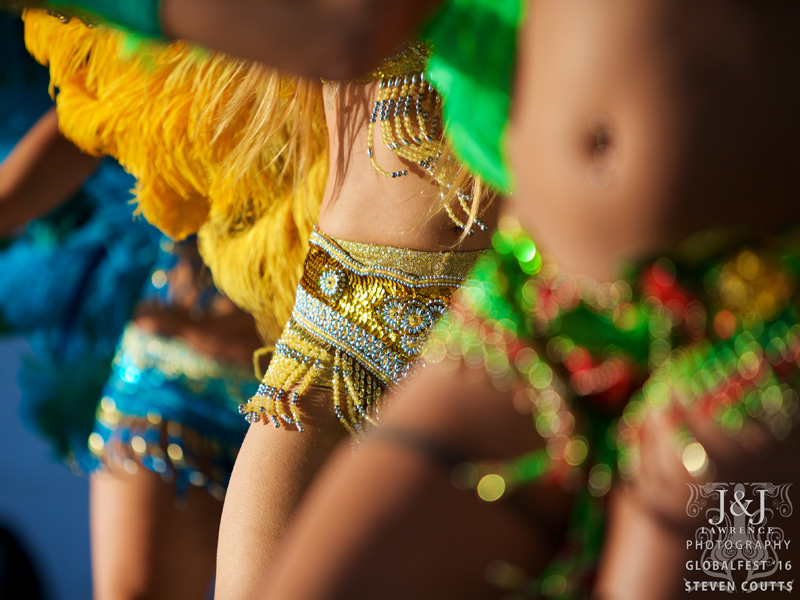 As Calgary’s hottest outdoor festival, Expo Latino celebrates Hispanic culture through dance, music, food and art. Chill out in the beer garden near the stage or dance the weekend away.
expolatino.com

Celebrate Caribbean arts and culture with local, international, and Caribbean entertainment, food, art, and much more. The parade kicks it all off at 9:30am at Olympic Plaza.
facebook.com

This series of arts-based community events are built around the Tuscany LRT Station Community Cultural Development Public Art Project. Both educational and creative, Field Station includes individual and collective opportunities to celebrate the local community and explore the final destination point on the Red Line and its surrounding neighbourhoods. Space is limited due to the nature of the creative activities.
fieldstation.art

One of the oldest gatherings in North America, the games were first held in 1913. With competitors from across Western Canada and USA, its your chance to see some of the world’s top pipers, drummers, dancers, and heavy event athletes compete and perform.
calgaryhighlandgames.org

BBQ on the Bow

Get ready to get your nom on while enjoying some rocking bands, BBQ on the Bow strives to spread passion for southern style BBQ while simultaneously celebrating and promoting local products, businesses, and musicians.
bbqonthebow.com

It might be Canada’s International Festival of Piano, but if you simply love music, you really should check out Honens. This year look for recitals, concerts, a film series, and much more during the four-day festival.
honens.com

This year, Calgary’s own traveling carnival of local food, beer, music, art, and performers heads to Currie, with all the classic Circle the Wagons features and plenty of new surprises in store. Bring the kids, Fido, and your loved ones for a dynamic and entertaining day presented by BassBus, YYCFoodTrucks, and Village Brewery.
circlethewagons.ca

Presented by Digital Alberta, CAMP celebrates creative technology, art and design and brings together professionals, artists, and students to shape experiences that educate, challenge and inspire. It’s all about embracing digital culture.
campfestival.ca

This smash up of art, science and engineering has more than 60 events that you can explore and many are free! And be on the look out for Snakes and Ladders, Beakerhead’s flagship feature for 2017, part of the Canada 150 celebration.
beakerhead.com

This Indigenous beauty, fashion, and design week is a gesture and expression of reconciliation inspired by the Truth and Reconciliation Commission and the 94 Calls to Action to advance the process of reconciliation and redress the legacy of residential schools. Featuring some of Canada’s most inspiring Indigenous artists and designers, check out three unique and exciting showcases including film, music, and fashion. There are even workshops throughout the week and an opening celebration featuring the Northern Cree Singers.
otahpiaakifashionweek.com

A 12-day showcase of up to 200 multi-genre feature and short films from Canada and over 40 other countries, check out gala events, screenings, special presentations, and a Behind the Screen series. Now the largest film festival in Alberta, and the sixth largest in Canada, it’s well worth hitting up.
calgaryfilm.com 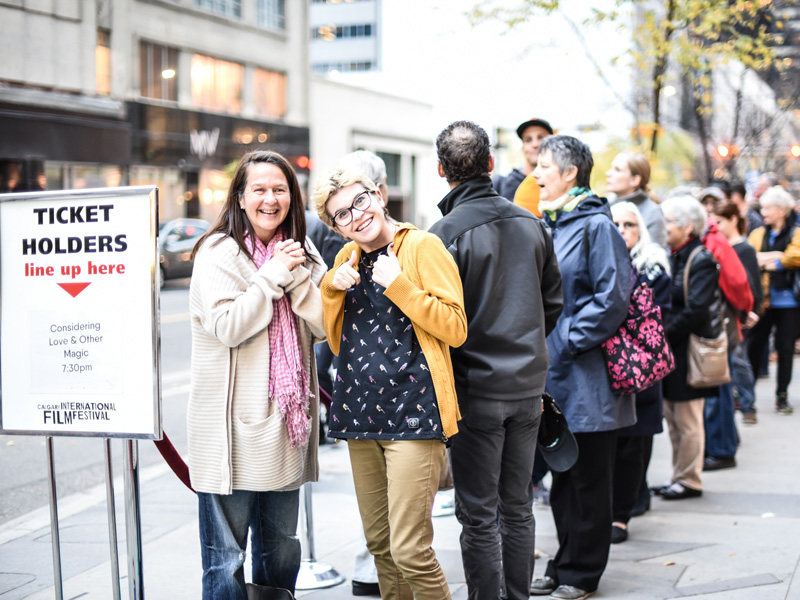 Ready to get a peek behind the doors of Calgary institutions? Doors Open invites buildings in all quadrants to let Calgarians in for free and many offer tours, special activities and behind-the-scenes experiences.
doorsopenyyc.org

Calgary has a new festival and its first one based around all vegan food and lifestyle. VegFest Calgary is a grassroots volunteer-run organization with a focus on positive community engagement and sustainable living. Check out local vegan products, food samples and sales, nationally recognized speakers, local musicians, a kids activity zone, and more.
vegfestcalgary.com

A graveyard might be the last place you’d expect to find live music and performances, contemporary art installations, but that’s what the Equinox Vigil is. Back for its sixth year, this unique evening creates an atmosphere of community camaraderie.
equinoxvigil.ca

Get to know the diversity of Calgary’s people, this event is a great opportunity to engage in understanding and learning of other cultures, faith groups, practices, and more. Enjoy over 30 interactive cultural booths, ethnic foods and beverages, entertainment, and artist showcases.
canadianculturalmosaicfoundation.com