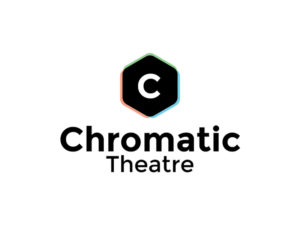 A Note for Context: As The City of Calgary’s designated arts development authority, Calgary Arts Development has made intentional decisions to better track equity, diversity, inclusion, and accessibility information and to decolonize existing understandings of the impact of our work. To that end, Chromatic Theatre has a history and expertise in tracking racial diversity and more recently tracking gender diversity within Calgary’s theatre community.

Since 2020 Calgary Arts Development has supported this work in order to observe, learn from, amplify, and support Chromatic Theatre’s research program called YYCTheatreStats.

We have invited the team at Chromatic Theatre to provide a guest fieldnote to share their most recent thinking around the collection of these statistics. My thanks to the team at Chromatic Theatre, both for the incredible work in data collection over the past four years, and for sharing these thoughts with Calgary Arts Development and now the broader community. – Gregory Burbidge, Research and Policy Manager

Chromatic Theatre started collecting statistics in 2018 because we had questions about racial diversity in the Calgary theatre community. As a community, were we as progressive as we thought we were? When we were seeing racial diversity on stage was there an equal amount of diversity behind the scenes? Were the number of racialized people working in the theatre sector in Calgary actually represented in the programming? These seemed to be simple questions with complicated answers.

Over the past three years our questions have shifted, and conversations have become more complex. We are writing to update the community with how we are going to run the #YYCTheatreStats program going forward, as well as to share some of our learnings over the course of the past three years.

Since 2018 we have had a racial reckoning of the resurgence of the Black Lives Matter movement as well as increased anti-Asian violence, and the discovery of mass graves of residential school children being found all over the country (just to name a few things). Because of these national and international traumatic events it seemed as though racialized folks could talk about the effects of racism plainly without fear of repercussion because so many perpetrators of this type of harm were ‘listening’ and ‘learning.’ For a moment, people were paying attention. But was it just that… a moment?

The introduction of The 35//50 Initiative in the summer of 2020 saw many institutions (and indie theatres) pledging to work towards measurable goals:

In response, Chromatic decided to start collecting data on gender as part of our #YYCTheatreStats program.

We swiftly started seeing changes in our sector. Digital pivots (streaming theatre online, audio plays, etc.) included more racialized artists in leadership positions, more programming by a wider diversity of new playwrights, and more conversation within our community about hiring practices in general. We also observed that this seemed to change when live performances resumed in September of 2021, and some companies went back to programming and hiring for their usual pre-pandemic audiences.

We observed this, but we are also all too aware that our statistical, data-based observations offer only a strategic picture of a much more complex and nuanced puzzle. Our original intention with the #YYCTheatreStats program was to catalyze conversation around hiring practices in our city, and to take a peek at the number of racialized folks being hired, and reflect on whether we thought those numbers represented where we wanted to be as a city. We quickly acknowledged that what happens on stage does not give the full picture—so we added statistics for the production team. Our hope was that this would elucidate a more holistic conversation about representation.

Since the introduction of The 35//50 Initiative, these conversations have spread to be inclusive of hiring practices, as well as board representation. This is exciting, but it is also imperfect. For example, a company that posts excellent numbers (regarding racial and gender inclusivity) may not have excellent practices, and a company that has excellent practices may not post excellent numbers. The data tells a part of that story, yes, but we know it does not capture the full picture. This is because data sets are absolutely biased.

Our data sets are created specifically to encourage conversation around race and representation in the theatre. We aren’t shy about this. We know that historically data has been used to exchange “fairness” for “accuracy” and our hope was to use this tool (data) as an invitation to the “mainstream” to consider what their metrics for “fairness” might currently be. If you’re interested, you can read more about this idea at technologyreview.com.

We struggled to keep our statistics on gender consistent. We changed the titles of our categories based on community feedback, we grappled with attempting to balance clarity with the nuance that was desired in labeling gender. We found in collecting this data that gender is fluid, and though people may identify as one thing right now, many people find that their identity is in an ongoing state of change and transformation and identifying gender is far less static than identifying race. We’ve also learned that historically, trans and non-binary folks have been harmed by data collection when it’s been used to invalidate their identities or force them to come out when they do not feel safe to do so.

This led us to question: Are showing the numbers of women and gender-nonconforming folks actually helpful in understanding disparity in our industry or was it just causing more harm?

We aren’t sure. And for this reason, we have decided to suspend our collection of statistics on gender identity. Though it has sparked our desire for more conversation on this topic, and we are excited to say that we will be collaborating with Handsome Alice to host an upcoming salon on gender and representation in the theatre! Stay tuned for that in the coming months.

As for our ongoing work on racial identity this winter, we released a survey to try to understand what were some of the hurdles stopping growth of racial equity in our theatre community. What we learned was that most people believed that deepening the activism to more than just checking a box was crucial. We received feedback that pointed to more frequent occurrences of “performative activism” as well as pointing to the pattern of organizations or collectives posting favourable statistics and the goals of the 35//50 initiative, however marginalized artists still did not feel supported in the actual artistic process. Multiple respondents also suggested that a starting point could be people in positions of leadership and boards of directors going through mandatory anti-oppression training.

Respondents addressed the limitations of statistics in gathering nuanced information about multifaceted identities. For example, several artists do not like being relegated to a broad category (IBPOC), and would prefer not to answer if they cannot claim their full identity (i.e. more specificity, “Asian” instead of IBPOC, or even “Chinese” instead of “Asian,” or even “second-generation Chinese”). These markers and desires are clear indicators that the vital act of equity-deserving folx individually constructing and reclaiming their own identities is still an ongoing conversation and the community still wants/needs a more robust conversation about race and representation in the arts.

All of this feedback further affirmed our desire to express that we understand statistics are just one part of a much larger and complex story. We would like to urge our community to engage with us in building deeper narratives that extend beyond the numbers. We want to know how our community is changing, and why. To that end, we will continue to offer statistics on race, as we feel it is what we are most qualified to do.

Please know that these offerings are simply a jumping off point for conversation. Our hope is that companies use the conversation around statistics as a tool to talk to their governing bodies and audiences alike as each organization navigates the challenging choices that come with organizational growth and stability. We will post these statistics with information about trends that we have found based on the data that we have collected. We will post these statistics with questions that we have based on the data presented. We are not expecting answers to these questions, we are hoping again, for conversation.