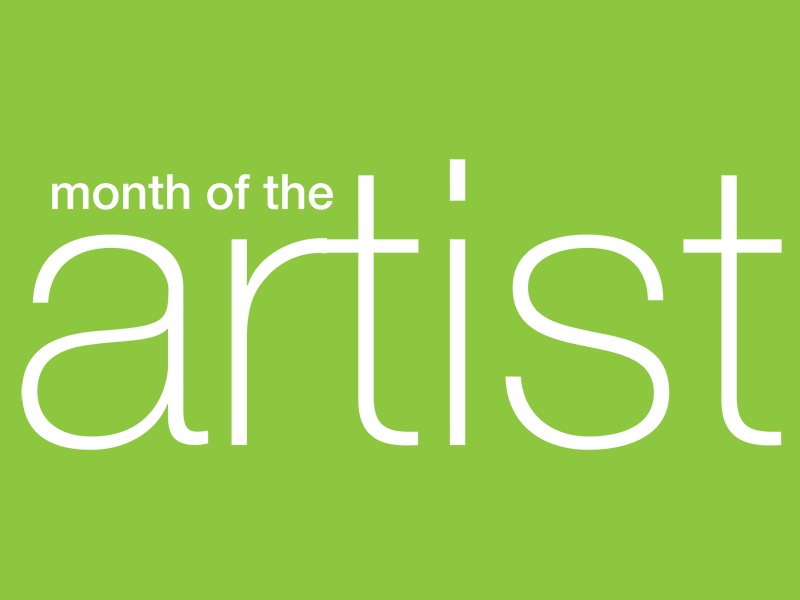 This is the fourth year that September has been proclaimed the Month of the Artist in Alberta — it is the first and only province to dedicate a month each year to celebrate artists and the value they bring to the province, both socially and economically. “Art is a passion, a livelihood, and a career. Artists’ work enriches our lives, promotes creativity and innovation, and contributes to a more diversified economy. Alberta artists are the weavers of the threads that form our cultural fabric, and our province and our lives are richer for it,” states the announcement from the Alberta Government.

To celebrate the Month of the Artist, we are highlighting some of the stories featured in our annual Accountability + Impact Report. As September comes to a close, we feature the final two artists in this series: filmmaker Berkley Brady and poet and writer Moni Brar.

Moni Brar, who recently received a Lieutenant Governor of Alberta Emerging Artist Award, has been gathering stories, observations and conversations as she delves deep into personal and political history for a poetry memoir about Punjabi-Canadian families.

Previously featured artists include: Ebony Gooden, a Black Deaf digital media artist and consultant who is working to educate the Black community about deafness and being disabled, and to educate the Deaf community about racism and creating safe spaces; and Gayathri Shukla, a writer, founder of Campfire Kinship, and EDI (equity, diversity, and inclusion) strategist whose new book, Landed: Transformative Stories of Canadian Immigrant Women, is in stores now.

Week 4: Poet and Writer Moni Brar delves Into the Personal and Political

Punjabi-Canadian poet and writer Moni Brar is currently on an “intergenerational journey through colonization, displacement, trauma, and resilience,” as she delves deep into her family’s social and political history, while researching a poetry memoir about Punjabi-Canadian families.

“For this project, I’ve been gathering stories, observations and conversations. My research has included formal sources, like accessing archives for the historic elements to the stories that I’m telling, and also digging into personal archives, like drawing out the memories and stories that still live in my 80-year-old mother.”

Dark Nature is Berkley Brady’s first feature film and it’s already garnering international attention. Produced by Michael Peterson, Dark Nature was selected by the Toronto International Film Festival (TIFF) as one of seven films to be featured at the Cannes Marché du Film in May 2022.

A feature film is a right of passage for any director and filmmaker and one that has been 14 years in the making for Berkley: “It’s the credit you need to show people what you can do — that you can handle the crew, the scale, that you can get it made. I’ve been working towards this for 14 years. Without Indigenous focused funding, or any grants funding, it would’ve taken me even longer to get to this milestone.”

Ebony Gooden, a Black Deaf digital media artist and consultant first moved to Calgary in 2016 from Washington, D.C., USA, “There was such a diversity of culture and people within that geographic region and then I came to Calgary, and I lost all of that. I was the only Black Deaf artist, here, in the city and that really forced me to shift from being an artist to also being an advocate.

Landed: Transformative Stories of Canadian Immigrant Women, is a meaningful collection of stories and unique experiences of immigrant women, that illuminate their contributions and challenges of beginning new lives in a new country and within a new culture.

For Gayathri Shukla, a Calgary-based writer, founder of Campfire Kinship, and EDI (equity, diversity, and inclusion) strategist, the initial goal was to get between 10 and 12 stories for the anthology. “Once the call was put out, we received over 60 submissions and 37 of those made the final selection.” Each selected author was also invited to partake in a series of writing workshops led by Gayathri, in a method called Guided Autobiography that uses creative exercises and prompts to help jog memories and inspire creativity, helping people get their life stories and memories out of their heads and onto paper.

About Alberta’s Month of the Artist

September is the Month of the Artist in Alberta, an annual celebration of artists and the value they bring to the province, both socially and economically.

Dedicated by the Government of Alberta, the Month of the Artist is a way to say thank you for making the province a better place to live.

Calgary Arts Development is pleased to share the stories of artists who choose to live and work in Calgary.