Learn more about our team

Find out more about our board 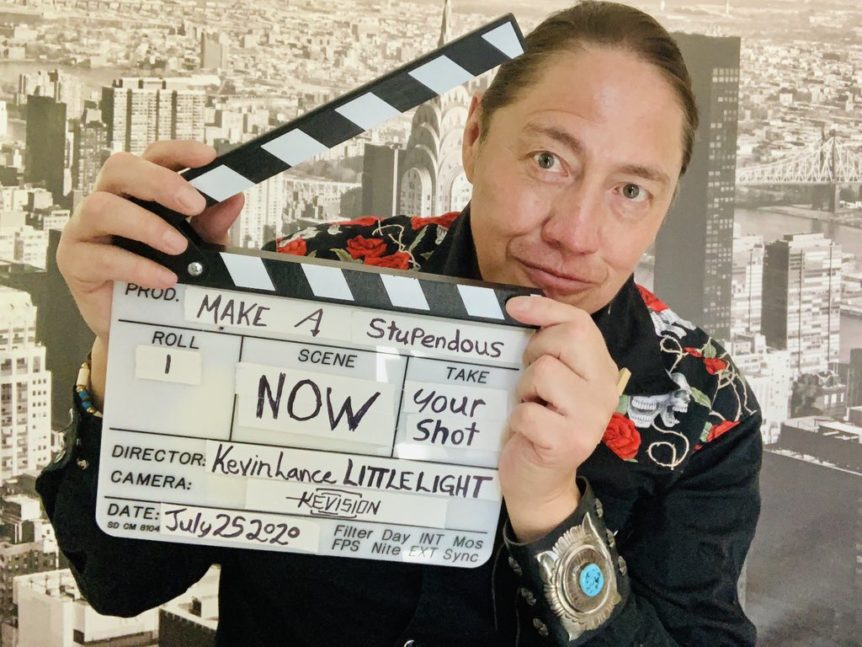 Mi’kskimiinamaahkaa – First Iron Gun, Kevin Littlelight is a film director/writer who is Indigenous to the Guts’ists’i Treaty 7 area. He is an enrolled member of the Tsuut’ina Nation and has proud Tsuut’ina and Blackfoot heritage.

Elected to Mit’uzak’adik’as-na governing body of the Tsuut’ina Nation at a relatively young age, his council position was a key investment of the Tsuut’ina Nation to install cultural preservation, economic development, and Treaty 7 knowledge in the repertoire of Kevin Littlelight — basically how to care for his people using modern know-how and not losing identity.

Kevin has stated that his greatest positive impact on the Tsuut’ina was his two decades of service for the Tsuut’ina Nation Administration in the capacity of senior managerial roles, and as an active board member sitting on various boards of the community in the areas of policing and education, and as well as committees of sports, entertainment, and social initiatives. With his influence the Tsuut’ina built their first stage theatre as part of their new Many Horses High School, and he was instrumental in the creation of the Tsuut’ina Office of the Arts.

Truly a dream follower, Kevin moved to New York City and went to film school, where he graduated and lived for five years developing his craft. His various film works have been accepted in the Garden State Film Festival in Asbury Park, New Jersey, and have had numerous nominations at the Alberta Film and Television Awards. Currently Littlelight is embarking on his first feature documentary film in summer 2022.

Kevin is well-versed in cultural protocol and practice of the Dina-tii Niitsitapiikwan, and maintains that our real accomplishments are our children and the world we leave them.