There’s no other sound like the clatter of a typewriter. Add to it the sounds of a lively lunch hour crowd on Stephen Avenue and you have the perfect afternoon of Pop-Up Poetry.

On August 9, 2016 Mount Royal University teamed up with Downtown Calgary and Calgary Arts Development to bring a literary experiment to Stephen Avenue.

Featuring some of the city’s leading wordsmiths including Calgary Poet Laureate and Mount Royal University instructor Micheline Maylor, the afternoon was full of on-the-spot poetry, delighting the dozens who stopped by to get their own, unique creation. The premise was simple—anyone could offer a word or short phrase to one of the four poets and they would then create a piece in front of your very eyes.

“Each of these spontaneous poems offered a tiny window into the minds of Calgarians,” said Maylor in a statement. “Some of the requests were deeply personal. Others were kooky. In every case, it was a tremendous honour to tell stories through this medium and to share this art form with the downtown community.”

The experiment was inspired by a group of typewriter poets from Texas and was intended to create awareness around the Poet Laureate, the city’s rich literary scene and the people behind the words. Other poet participants included winner of the City of Calgary Book Prize, Richard Harrison, past Calgary Poet Laureate derek beaulieu, and celebrated storyteller and writer Cassy Welburn. 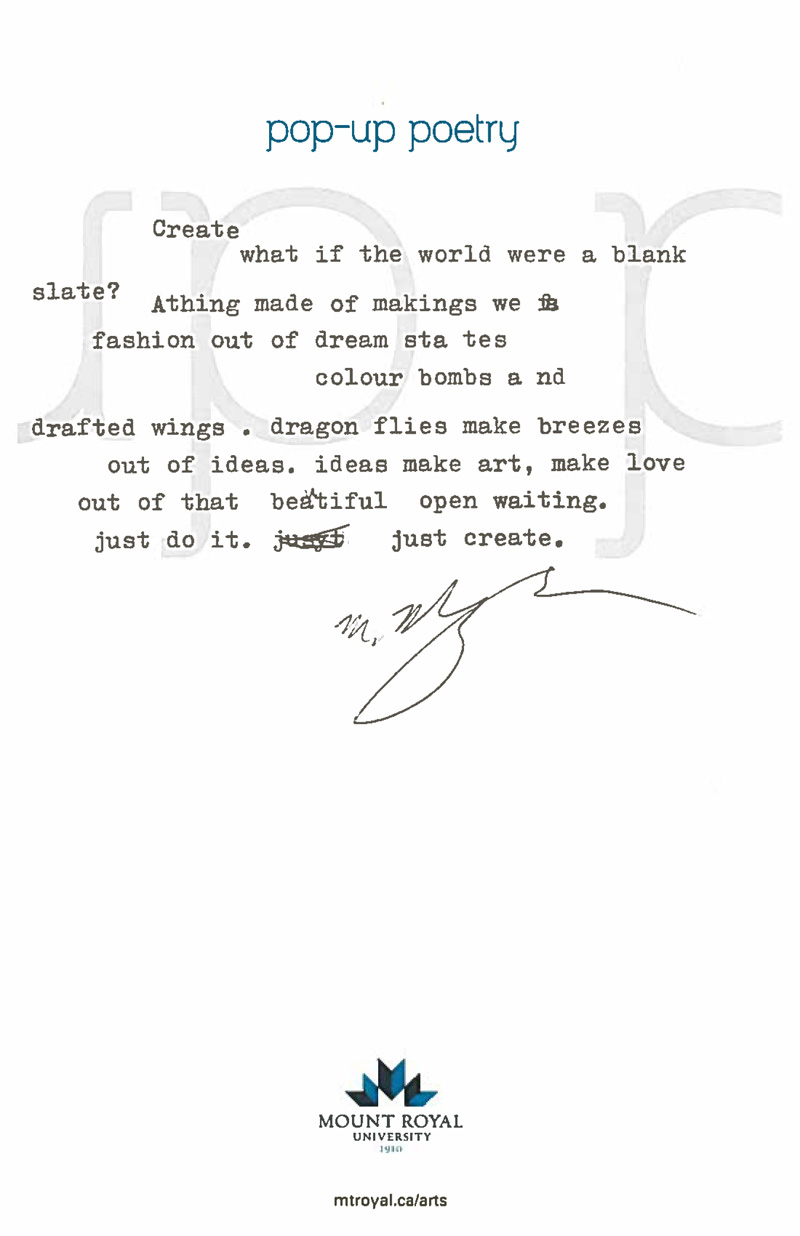 This poem was crafted on-the-spot by Calgary Poet Laureate and Mount Royal University instructor Micheline Maylor after being given the prompt create | Image: Calgary Arts Development 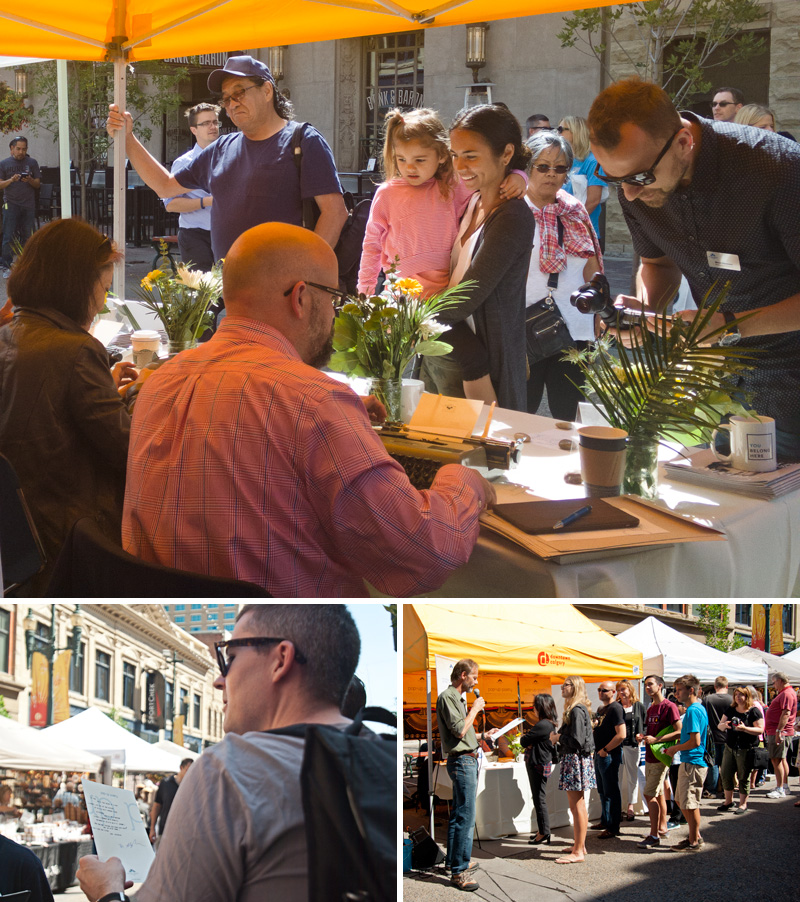 Scarlett and Elizabeth Crosbie get a poem written on the spot by Calgary Poet Laureate Micheline Maylor (top) while others enjoy a moment to read theirs (bottom left) before enjoying a reading from Richard Harrison on what a B.A. means to him (bottom right) | Photos: Amy Jo Espetveidt 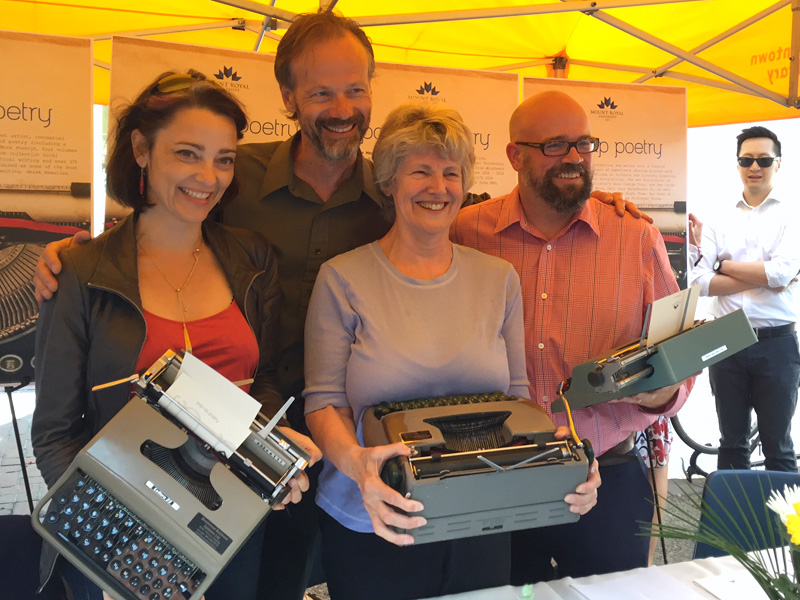