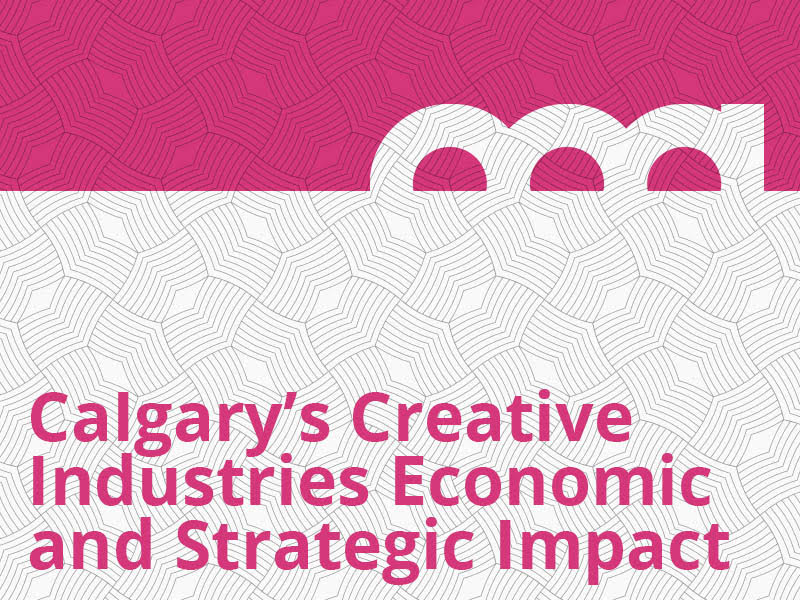 A 2019 report produced for Calgary Economic Development by the Conference Board of Canada confirms that Calgary’s creative industries contribute substantial economic and social impacts to the city and the overall province.

The analysis illustrates the ways the sector has and will continue to play a distinct and strategic role for Calgary in its efforts to help attract and retain a skilled workforce and to facilitate business investment.

When benchmarking Calgary against 11 other Canadian cities on five creative industry indicators the results paint a mixed picture for our city. Calgary has a small share of creative businesses and workers but ranks better in terms of creative businesses per capita and average annual growth in creative workers. Yet, Calgary lags Canada’s three big metropolitan areas (Montreal, Toronto, and Vancouver) on all five indicators.

There are reasons to be optimistic about the future of creative industries as an emerging cluster in Calgary. Our city has adopted a cultural plan that aligns closely with Canada’s recent policy framework for creative industries.

A unified strategy of all key Calgary stakeholders would provide the creative industries with the best chance to reach their full potential. Such a strategy should be consistent with the City of Calgary’s Cultural Plan, Calgary’s arts development strategy Living a Creative Life, Calgary Economic Development’s Calgary in the New Economy strategy, Tourism Calgary’s Ultimate Hosts Ultimate Host City strategy, the provincial government’s platform regarding cultural industries, and the federal government’s Creative Canada Policy Framework.

What is the bottom line? While Calgary’s creative industries already provide the city with substantial economic and non-economic benefits, the sector is sitting on untapped potential and has further room to grow. Stakeholders working together to develop a creative economy strategy will support our creative industries in diversifying our economy, promoting talent attraction and retention, and revitalizing Calgary’s downtown core.

Arts in Action YYC captures stories and data about how arts build a city. Read and share at artsaction.ca.