Alanna Martineau got her Master’s in Industrial/Organizational Psychology in San Diego, but when it came time to set up shop, all it took was a couple Alberta musicians to convince her to set it up in Calgary.

Since 2012, that shop has been Wine-Ohs, a downtown bar and restaurant that features nightly live music featuring a roster of Alberta’s leading roots musicians.

Combining a wine bar with live, authentically-Albertan roots music might not be a combination a restaurant consultant would come up with—but that didn’t stop Martineau, whose day job is working as an organization effectiveness consultant.

For Martineau, school in Southern California mixed with pleasure, producing the impulse to launch Wine-Ohs.

“[In California], I got into wine,” Martineau says, “and started talking about having a wine bar so much that I knew I had to eventually do it.”

What’s a little surprising is that being exposed to the Southern California lifestyle made Martineau miss Calgary’s.

“Culturally, San Diego is great,” she says, “but I think—especially Southern California—is just such a wanting-more kind of culture. People never get to a point where they’re happy.

“Eventually,” she continues, “I just went, okay—I’m done with California. I’ve experienced this. I’m going home for a while.”

Part of that homesick feeling was fed by discovering a fertile roots music scene on trips home to visit her parents.

“[Singer-songwriters] Corb Lund and Tim Hus directed the path my life went down,” she says. “I saw Corb Lund [perform] in a small community hall at Christmas one year and thought, I didn’t know people were writing songs like this!

“Then I saw Tim Hus at the Alberta Sessions,” she adds, “and we became friends. He was sort of my inspirational coach, because there’s a lot of fear involved [in launching a business featuring live music].”

That led Martineau to return to Calgary, where, in 2012, she took over the downtown jazz bar and restaurant Beatniq, eventually transforming it into a venue that features a large roster of Alberta roots artists.

Even though she loves what she does, Martineau acknowledges that presenting live roots music—for wine lovers—six nights a week might not be the best business plan an ambitious consultant could devise.

“The bar and restaurant industry is a very difficult industry to begin with,” she says. “When you present live music, you add all these additional costs, and logistical challenges—there are band costs and sound checks, your equipment, booking of artists.

“You could pretty much run any other kind of bar and restaurant and make more money at it,” she continues. “Or not have that additional overhead and complexity, right?

“The people that do it, do it because they love it.” 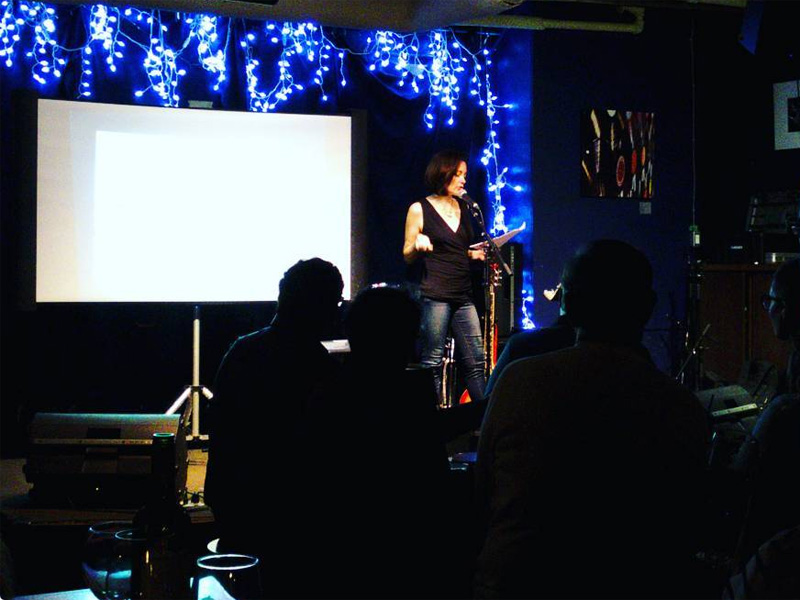 That passion for roots music, and a desire to expand the audience for it, led Martineau to be one of the co-founders of Wide Cut Weekend, a roots music festival that debuted in 2015 to enthusiastic reviews and large crowds.

Still, Martineau has discovered over the course of four years as a roots music evangelical, that a lot of Calgarians are still reluctant to think of this city as a mecca of some of the best roots music made anywhere.

“I feel a little bit like Calgarians are fighting it,” she says. “People are sort of rebelling against something without understanding it. They may not understand what country music is [these days], at least what I consider to be [authentically Albertan] country music.”

Still with Studio Bell at the National Music Centre opening this summer, and the 2016 JUNO Awards proving to be a huge hit, Martineau has high hopes that Calgary might truly be on its way to becoming the Austin of the north.

“Calgary is really at a sort of tipping point,” she says, “where it’s going to either become a music city or its going to collapse in on itself, because there’s too many different things going on—there’s not enough people to support it. I hope it’s the former and not the latter.”

And while she can’t play a lick of music herself, Martineau has managed, by blending her consulting experience, a passion for wine, and a passion for an authentically Albertan art form, to live a creative life.

“I used to consider myself quite creative,” she says, “and you can lose sight of it sometimes, when you’re not producing in the traditional way but—I created Wine-Ohs!

“That’s all about my vision and idea that people could have a unique experience to go listen to live music and have good food and good wine, and do it in a casual, unpretentious atmosphere—that’s very much about creating.”