She was born into one.

“I grew up in a sculpture-painting studio,” she says.

Dad was a sculptor; Mom a painter.

“My sister and I would literally build worlds out of plasticine,” she says.

It turns out that Cooley’s parents have a knack for the prehistoric.

“They’re responsible for pretty much all the dinosaur sculptures in southern Alberta,” Cooley says.

They’re also the stars of A Sauropod Abroad, Cooley’s affectionate 2016 documentary film which chronicles the time her artist parents travelled to Europe to deliver a dinosaur sculpture in Transylvania, Romania.

“They are very cool parents,” Cooley says. “I didn’t realize how lucky I was to be supported in living a creative life. Not everyone enjoys the support of their family when it comes to that.”

Right from the start, her parents encouraged Anna and little sister Emily to create their own imaginary universes.

“It was usually some mixture of medieval/dinosaur world with dolls mixed in there,” she says. “My sister and I just bounced off each other to create the narrative.”

Those early experiments in storytelling are being put to good use these days by Cooley.

Since making the A Sauropod Abroad, Cooley made Sleepwalker, a 2017 film that was screened in festivals across Canada including Calgary’s Femme Wave and has been nominated for a 2018 Rosies Award for Best Short Dramatic Film. It’s a short inspired somewhat by German expressionist films like The Cabinet of Dr. Caligari and Metropolis.

Cooley has subsequently participated in a six-month long mentorship program run by the Academy Canadian of Film and Television, that started with a trip to the Toronto International Film Festival last September and took her to Toronto to work with virtual reality production company Secret Location developing story, design and gameplay for a location-based VR video game. Anna is currently working on a virtual reality adaption of the play Everyone We Know Will Be There in collaboration with playwright Elena Belyea, her company Tiny Bear Jaws, and Calgary-based Mammoth VR.

“We’re just finishing up our proof of concept,” she says, “so we held over the production when we shot in Calgary and shot two complete story arcs in June, so those are being put together.

“We’re kind of passing the agency of storytelling onto our audience—whether it’s a virtual audience talking in virtual space, or a theatre set-up where we put on different storylines, then go out into the lobby and talk about it after.”

At the same time as her plate fills with original projects, Cooley deals with the stresses and strains of being a female director  in an industry historically dominated by men—and based in a city that’s a little off the beaten path when it comes to feature filmmaking.

“It’s really hard for anyone to find a mentorship as a director—but for women especially who are not in the major centres.

“There’s lots of episodic stuff here,” she says. “I’ve worked on lots of shows and seen lots of directors of TV shows work. I did props for Heartland, so I could be right in the action.”

Cooley spent three seasons working in the props department of the popular CBC drama, gaining insight into what goes on behind the scenes in the making of a major TV show.

“It’s not as if there’s anything wrong with working on episodic television,” she says. “It’s just different.

“You come into an already established show,” she adds. “So you’re not coming up with the big picture—you’re following it along, and that’s a different kind of process.”

The trick with working on a TV series is that you frequently make an unspoken deal to work on them—namely, you sign up for a lucrative, all-consuming gig that trades you a steady pay cheque and status in return for all your time, and some of your creativity.

“Even though you can make certain tasks creative, that’s not what it is,” she says. “You’re a service department doing creative jobs, but you don’t have time to develop your own stuff.

“I tried to balance writing or creating my own things when I was doing that, but it was not possible, so I stepped away.”

Instead, Cooley has formed her own production company—Erratic Pictures—and is parlaying those years of experience into developing new projects, searching out mentors, applying for and hustling for financing, and doing some teaching.

She also downsized her own economic life.

“I moved out of a condo I own and rent it out,” she says. “My partner and I moved in with my sister and her partner.”

She also directs corporate videos for a variety of non-profit organizations and acts as production designer for short films and web series.

“It’s still storytelling,” she says. “And building a budget, making a plan and telling a story. We mostly do videos for nonprofits and charities—people who need a presence online and need to get their message out… when they don’t have tens of thousands of dollars to do it.” 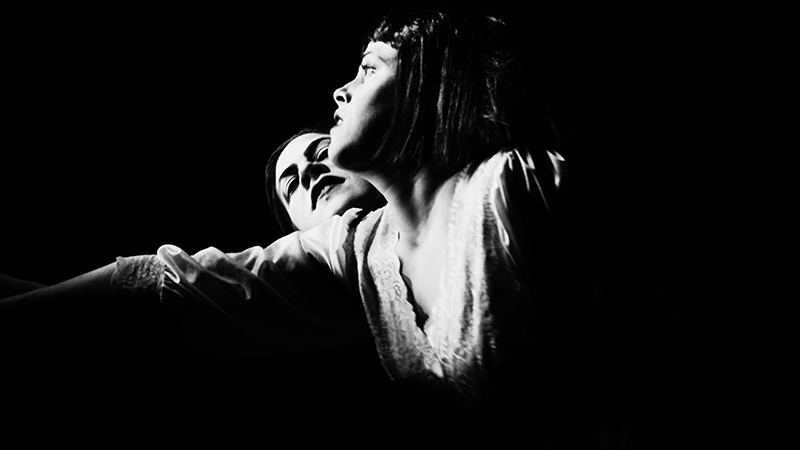 The other part of living a creative life as an emerging filmmaker is the DIY aspect, namely, locating funding sources–which these days, often involves articulating and proposing marketing campaigns via social media that identify a film’s tribe or community—often before the film is fully conceived.

Throw in the multitude of distribution outlets that have resulted in a fractured viewing audience, and you have an independent film world that’s either a world of opportunity or a labyrinth of confusion—or both.

Cooley teaches filmmaking at kids camps for Calgary Independent Society of Filmmakers, and volunteers there as well,. She is also a member of the Treaty 7 Filmmaker Collective.

“Which has an Indigenous focus but really works to champion underrepresented voices,” she adds.

Currently in the works, Cooley will be cinematographer and co-producer for the short documentary Pinky and the Kids which shoots in Italy this September.

“By virtue of knowing a bit about film, I get asked to help out on a lot of creative projects,” she says. “I get to choose ones that are underrepresented. I’ll usually take on whatever they need for technical expertise, so I’ll usually end up being the [Director of Photography] or cinematographer. Even though those aren’t my strongest fields, I’m still the senior person in that regard, so I’m happy to be a mentor from that position if they need to try to assert whatever vision they have.”

If there’s any time left in any particular day, she also dog-sits.

All of which adds up to a life that’s as busy as it is creative, leading one to ask: Why does it matter to live a creative life?

“When I’m not living a creative life, I’m usually pretty depressed. It’s a required outlet for me.”