CJ was like a lot of Calgary middle school students at Connect Charter. She had to choose an elective, so she chose Agents of Change—a social activist elective that requires 20 hours of volunteering, for a non-profit agency.

All of which raises a question: Why, in the age of Instagram and SnapChat, of selfies and distracted living, would a Grade 8 student volunteer to volunteer?

CJ found an ally in classmate Rona Kong, who had grown up in a social activist family, where helping others was considered top of the to-do list most days.

“My mom is a social worker,” Rona says, “and she’s all about the change and just my inspiration. I just see all these things like hunger and homelessness around the world, and I want to stop that.”

Of course, it’s one thing to want to change the world. It’s another thing for teens with open, helpful hearts—and more or less empty wallets—to actually get anything done.

That’s where Agents of Change, and its teacher Jaime Groeller, and the school–Connect Charter School in southwest Calgary–came into the picture.

Groeller screened some documentaries for the 10 or 11 children who’d selected Agents of Change as an elective. They explored things like homelessness and bullying. Groeller co-teaches the elective with assistant Principal Shashi Shergill, who won a Governor General’s award for teaching in 2015.

In the end, CJ and Rona decided they wanted to change the world through art–or art supplies, at least. They held four separate bake sales, and raised $638 to buy art supplies for students in Nepal.

“I went to an art school [Calgary Arts Academy],” says Rona, “and I love art and music and drama and all that and I just think it’s really important.”

“Our original idea was to do music and art,” says CJ, “but music was really expensive to bring—like we were hoping to do recorders or something, but then you have to get a music teacher and books along with that—so art [supplies] just worked better.”

Originally, they were going to donate art supplies to Calgary schools, but when Karen Cuthbertson, Executive Director for Medical Mercy Canada, and parent of former Connect students, told them that schools in Nepal had no art supplies at all, they decided to send them to Nepal instead. In the end, it worked out better to simply send the money they raised to Nepal with Mrs. Cuthbertson to buy the art supplies such as paint brushes, pencil crayons, paper, and other stuff and distribute them to Nepalese students. 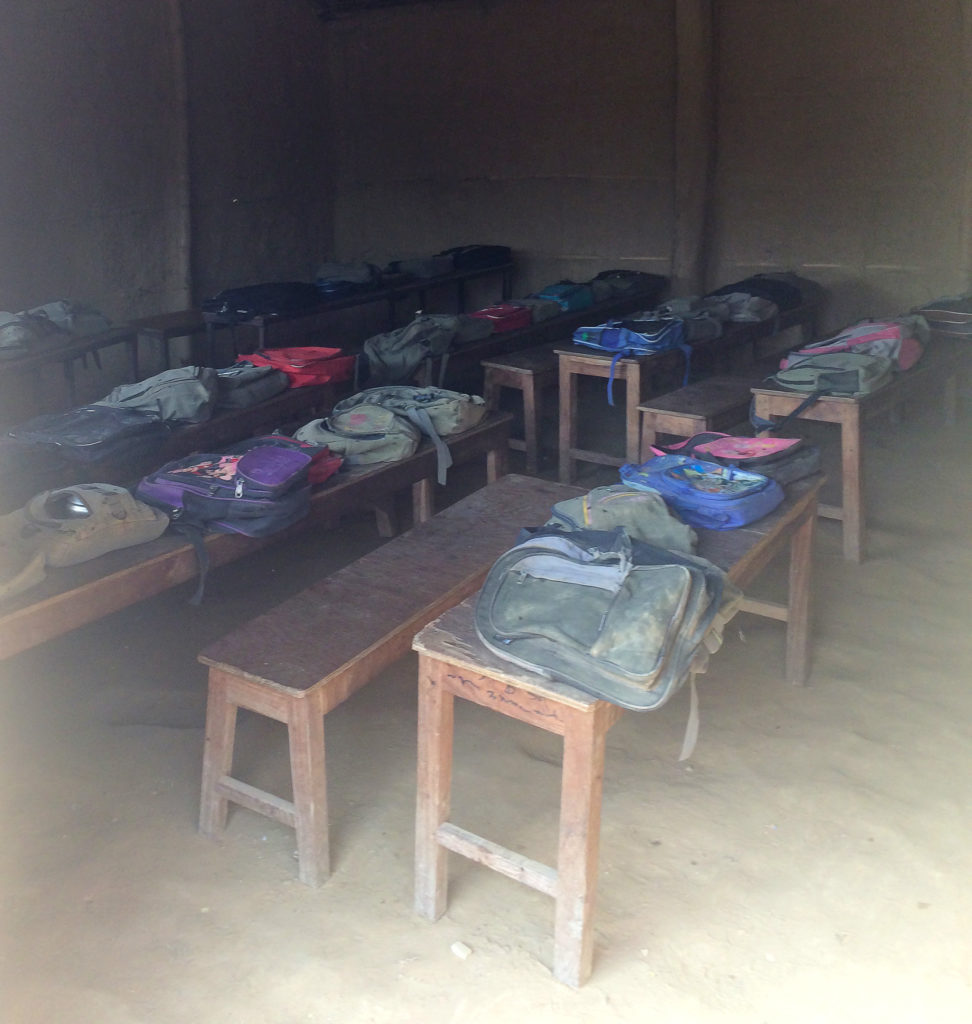 A classroom in one of the schools in Nepal supported by the girls’ initiative | Photo: Courtesy of Connect Charter School

The thinking is that living a creative life can impact your life at every level, and if that isn’t worth throwing a few bake sales for, what is?

Could living a creative life actually change the world?

“I think so,” Rona says. “You can be creative to help solve society’s problems. You can think of creative ways to help people improve their lives.”

For Groeller, their teacher, the role creative living plays in addressing social problems is on full display at the Human Rights Museum in Winnipeg, where the entire class visits each year on a field trip.

“The idea of creativity is really important in that museum,” Groeller says, “because of the many, many amazing ways they have chosen to build their exhibits. They’re interactive, they’re beautiful, there’s art built into the exhibits.”

For Groeller, the Agents of Change class might be small, but it’s definitely a game-changer when it comes to assumptions about the social awareness and participation of future generations.

“They choose to be here,” she says, “and they commit to it—so as a teacher, and a social justice educator, knowing that these kids now go into the world with this kind of mindset, having the experience with the museum and having done the kind of work they’ve done really makes me very proud to know them, and also very comfortable with our future. It’s fantastic.”

The question is, how do you grow that social activism from 10 or 11 dedicated students to a whole generation?

“They’re all pretty interested in social justice,” says Groeller. “It’s more just a question of finding those opportunities for them to get engaged. It isn’t always as easy now as it is when they’re a little bit older. But if you start now, and provide those opportunities and ideas and let them experiment a little bit, then they grow up into phenomenal people. They already are great people. Right?”