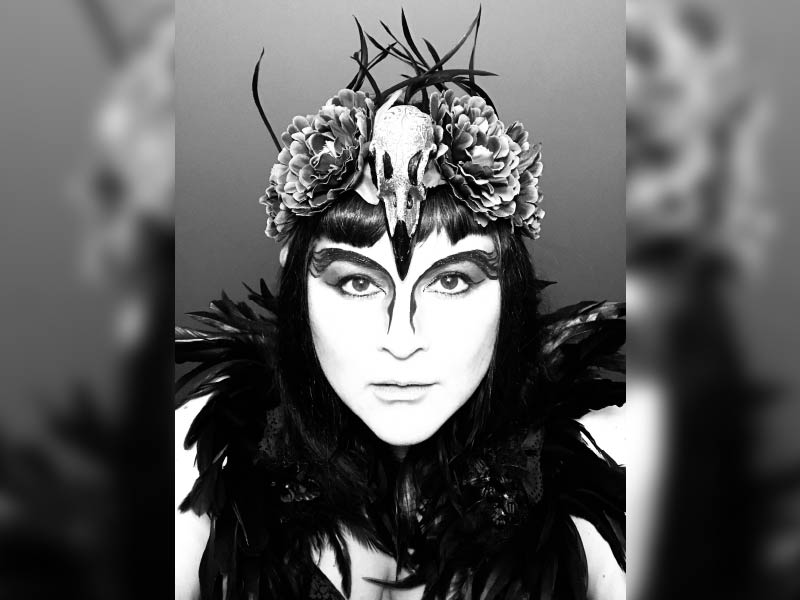 Danielle French is a nomadic singer/songwriter and filmmaker based out of Calgary AB. She been writing, recording, and performing her music as well as creating award-winning short films over the past 20 years. Her music has been described as “beautiful strangeness” and as an extension of her music, her films are very much inspired by darker themes.

Since 2012, on the invite of creative director Pat mAcdonald (Grammy-nominated songwriter, formerly of the band Timbuk3- he wrote “The Future’s So Bright I Gotta Wear Shades”), Danielle regularly participating in a series of songwriting intensives at the Holiday Music Motel in Sturgeon Bay, Wisconsin. Three times a year dozens of songwriters of varying genres are housed at the Motel for a week at a time to co-write, record and perform together. Songwriters are paired through a random “spin-the-bottle” process, and this is where the magic happens…

Through this process, Danielle has co-written with dozens of artists, including Pat MacDonald, who is a Grammy-nominated artist. Her co-writes have appeared on recordings by other artists and in reflecting on some of the material she had co-written over the years, a group of songs emerged that proved to be transformational for Danielle, inspiring her to conjure up her 2016 CD release: Danielle French Presents: Miss Scarlett & the Madmen~Dark Love Songs, which was named among the Top 10 Albums of 2016 on CBC’s “The Key of A”.

Danielle is currently in the process of completing a short film inspired by the Jungian concept of “death as the ultimate marriage” that features a combination of live-action and animation. She is being mentored on the post-production process and working with computer animation in collaboration with Technical Advisor/Animator Wayne Traudt- a former Calgarian currently working at WETA in New Zealand on major films such as Avatar and The Hobbit Series to name a few.

Danielle can also be found working in various behind-the-scene roles in the film and TV industry in Calgary as her day job and as a tireless champion for the arts, she can be found working, volunteering, collaborating and supporting a variety of arts organizations in Calgary including music, film, dance, theatre, literary, and visual arts.