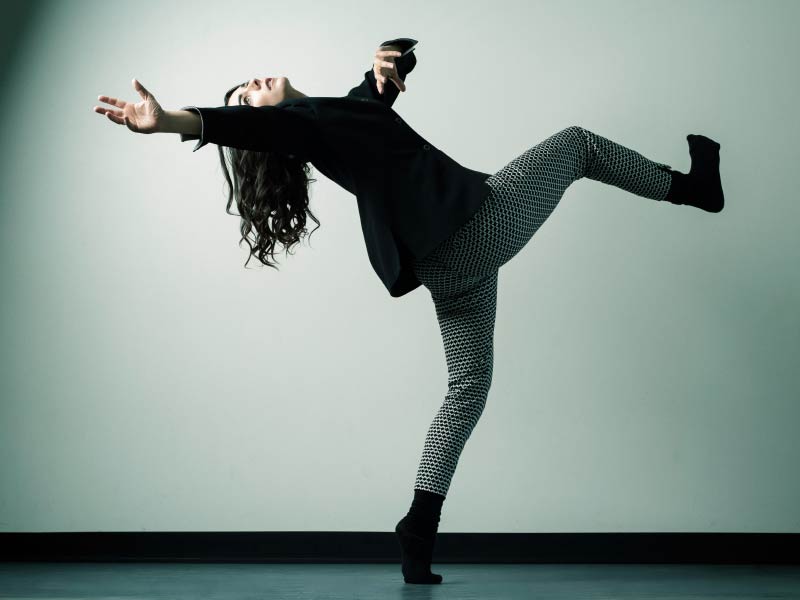 Ms. Michalsky completed her BA in Contemporary Dance, concentration in Choreography and Performance from the University of Calgary. Since graduating she has rigorously pursued her dance technique training in Alberta, Vancouver, and Montreal, as well as in London, Amsterdam and Vienna.

With the strength of her performance quality, Ms. Michalsky was selected for the Lab Emerging Artist Program, where she performed with the Dance Action Lab (2016). She also danced in Physic/Alchemy (2018), both featuring works by mid-career and mature choreographers, produced by Dancers’ Studio West. Michalsky has been seen performing for an array of individual artists and companies, including Peggy Baker Dance Projects, Davida Monk, Michele Moss, kloetzel&co, Cloudsway Dance Theatre, Dancing Monkey Laboratories, and J-Sik Movements, amongst others. She has also participated in choreographic research processes with Sasha Ivanochko (2018), Linnea Swan (2018 & 2019), Pam Tzeng (2017 & 2018) and Marynia Fekecz (2018).

As a choreographer, the main influences on her work arise from research into the effects of imposing sociological structures on herself, her choreography and the audience. She is interested in the effects of control, constraint, illusion, and perception of a society that deems to be free. She is known to create highly visceral works with intense musculature. Her movement signature has been described as quirky, vivid, animalistic and idiosyncratic. Her supplementary knowledge in Hip-Hop and Krump movement principles has influenced her to highlight isolated, rhythmic, bound, and fast-twitch movement qualities into her contemporary choreographies. Currently, her work focuses on primal movement aesthetics, exploring the power of the female body through a state of nature (not tamed or domesticated).

Her most recent choreographic works have been presented at Fluid Festival, Annual Alberta Dance Festival, Project InTandem, and Convergence. She has received funding from Calgary Arts Development, Alberta Foundation for the Arts, Canada Council for the Arts and has been awarded Choreographic Residencies from the Decidedly Jazz Danceworks Dance Centre, University of Calgary, W & M Dance Projects and Theatre Junction.