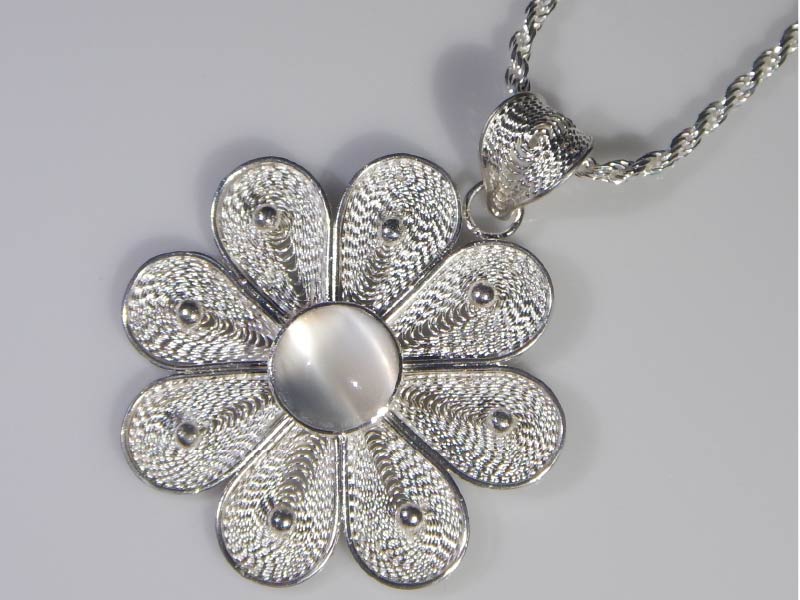 Milt Fischbein is an independent jewellery artist and educator. He discovered his love of working with precious metals about 25 years ago. Over the last few years, Milt has developed an interest in the art of filigree. He has expanded his skills in filigree design and fabrication by participating in workshops with a diverse range of well-known filigree artists.

Milt’s filigree collection is based on techniques developed by craftsmen more than a thousand years ago. He has been fine-tuning these ancient techniques in his Calgary, Alberta studio, to create a body of contemporary silver and gold filigree jewellery. Milt is one of only a handful of metal artists in North America whose studio practice focuses on the design and fabrication of filigree. Milt has been passing on his knowledge of filigree through workshops and lectures. He is a member of the Alberta Craft Council and the Craft Council of British Columbia.

His works have been published in Edmonton’s Where Magazine and Alberta Craft Magazine. A write up on his studio was featured in the July 2017 issue of the MJSA (Manufacturing Jewelers and Suppliers of America) Journal.