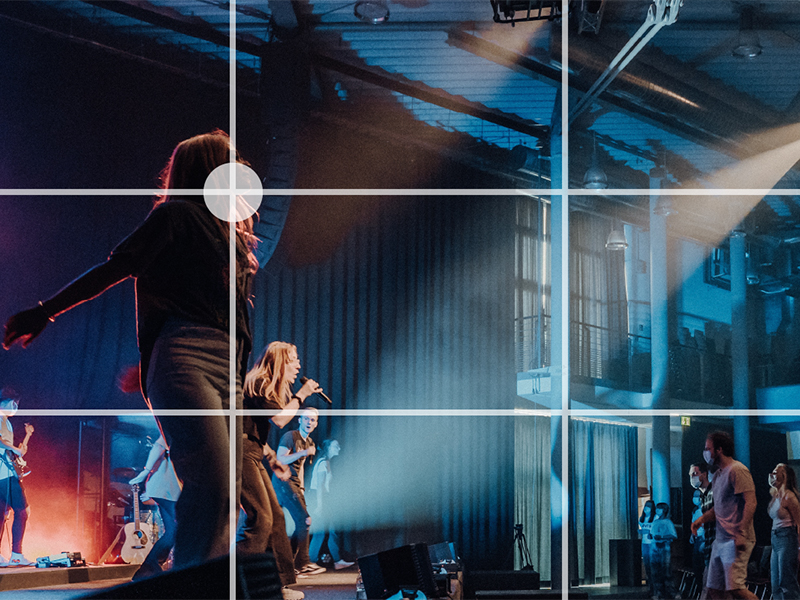 A photograph with a ratio grid added | Photo by S.H. Gue (Creative Commons)

Gone are the days where you need a professional camera and equipment to capture an event. In fact, cellphone shots are so ubiquitous in today’s world that it’s becoming unusual to tell stories in the online space without them.

Pics or it didn’t happen, right?

That said, if you’re documenting an event to share with others, not just any pic will do. A smartphone camera is much more powerful than it’s given credit for, so here are a few quick tips to make the most out of your smartphone photography.

Turn off that flash 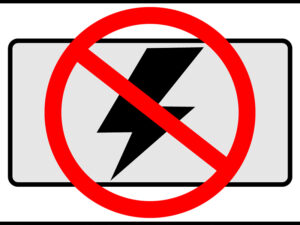 While camera resolutions increase with every new model, the smartphone flash is still stuck in the stone age. Most professional photographers will angle the flash away from their subject, so it bounces around the room and softens the light.

The flash on your smartphone can only be angled straight on, the light only travels a short distance and it’s incredibly harsh on your subjects. The on-board AI is more than capable of adjusting the camera settings to make the best use of the light in your scene — so turn that flash off and leave it off.
If you find you’re struggling with shadows, try to move around for a different angle, or shift your location closer to natural light sources.

Turn on that grid

Head into your camera settings and turn on grid lines. This will add two horizontal and two vertical lines to your screen. These grid lines will allow you to take advantage of one of the most important composition guidelines: the rule of thirds.

Placing your subject in the centre of the frame can look boring and uninspired. The rule of thirds refers to placing your subject on the left or right third of the image — and generally you want them facing inwards, towards the negative space. This creates more compelling shots, especially for event photography when you want to highlight both a subject and their relationship to the space.

I’ve been shooting professionally for over a decade, and given the option, I still leave the gridlines on whenever I shoot.

The benefits and limits of smartphone cameras

When adjusting for light, your smartphone is going to do most of the heavy lifting for you. Tap on your main subject, and the phone will automatically bring them into focus — and adjust to the best lighting for the scene.

Where smartphones lag is in the area of zoom — anything more than 2x zoom will cause your image to become grainy, and that’s not something that can be fixed easily in Photoshop. It’s even worse in low-light conditions. Instead of zooming, try to physically get closer to your subject.
Your main job, smartphone photographer, is to control the content in the frame.

Don’t shoot vertically if you can help it — many phones tend to crop the image, and it’s harder to create negative space and use the rule of thirds with such a narrow frame. Instead, turn your phone horizontally to get more content in your frame.

Finally, while phone cameras have made great strides in reducing shake and blur, it’s still an issue to be aware of. When taking your photos, try to stand with your feet firmly planted, shoulder length apart, and use both hands to take the photo. If you find hitting the touch screen is causing a shake, most phones will also allow you to use the volume down button to take the snap instead.

The small adjustments can make a big difference in getting the most out of your smartphone photography. Good luck! 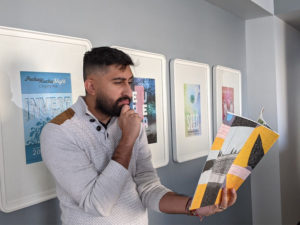 With a passion for public art in Calgary, Aaron is working to highlight the local scene in vibrant and compelling new ways.