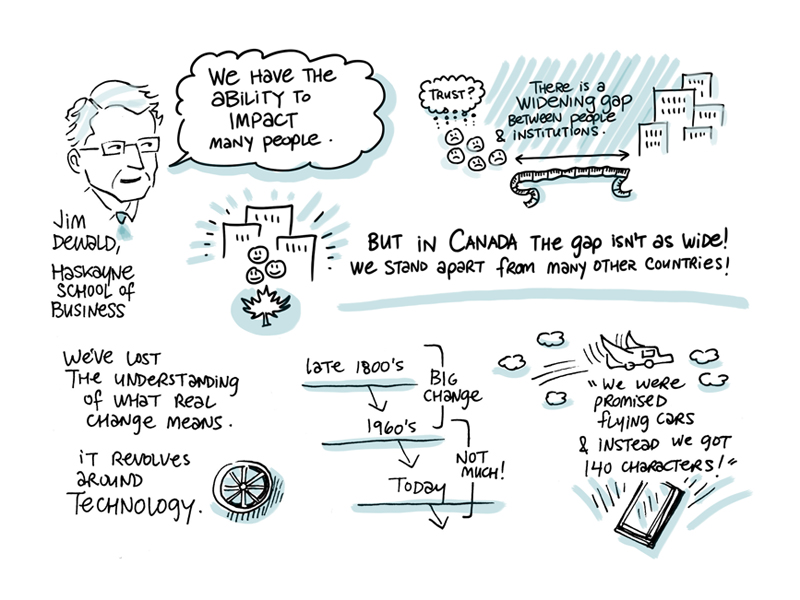 Let’s put some Canadian context on things. Recent surveys about public trust show that there’s a widening gap that we see in the US and other places between how the general public trusts institutions and how the informed public does. But the good news is Canada is an anomaly.

There’s a 15% gap between how much Americans trust CEOs, the general public versus the informed public. In Canada that gap is only 3%. We have more cohesive thought across this country.

Canada really stands apart in the rest of the world and we have a great opportunity to become true leaders globally. And the arts play a significant part of that.

Let me go a little bit more into the idea of context. I want to ask a question: Do you think that we live in fast changing times? By show of hands — [everyone raises their hands] — that’s consistent with every time I ask this. It’s almost unanimous. But change is a relative thing. And you want to look at change that we’re facing today vs what happened other times.

About the Creative Calgary Congress 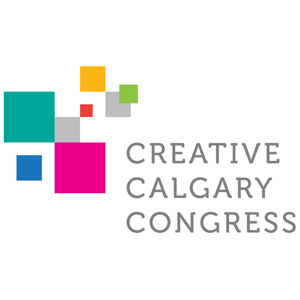 Calgary Arts Development produced the first Arts Champions Congress in 2011 as a meeting place for people who make Calgary’s arts sector a vibrant and exciting place to work and our city a great place to live.

Renamed the Creative Calgary Congress in 2014, it returned on November 22, 2016 as a place to share ideas and explore ways that the arts and artists can play a leadership role in making Calgary a more curious, compassionate and creative place for all citizens.

Learn more about the day and add your voice