When is what you wear to work a political statement?

Try when you’re an architect like Kayla Browne, a senior associate at Sturgess Architecture (_SA), the award-winning Calgary firm, and principal at BOLD Workshop Architecture.

Browne, who has trained and worked in Sydney, Australia, Edmonton, and Winnipeg prior to Calgary has the architectural dress code drilled into her psyche.

“Most architects dress in black and navy and grey,” Browne explains in a recent interview. “So boring, all the time.”

Back at her first firm, as a newly-graduated architect looking to make a design statement,  Browne decided that if the choice was to blend in to get along, or to take a stand, she was going to push the code—and maybe along the way, architectural group-think—to a brighter place.

“One of my old bosses, at my very first job, she was the only female partner at the firm,” Browne says. “I wore this blue dress with ruffled tiers on it and while she passed me in the hall she said, ‘Oh! An architect in a dress! What a concept!’

“The way I dress is almost a form of resistance,” Browne added. “Like [saying], hey! I’m a girl. I like dresses! Why can’t architects be girls and wear dresses?” 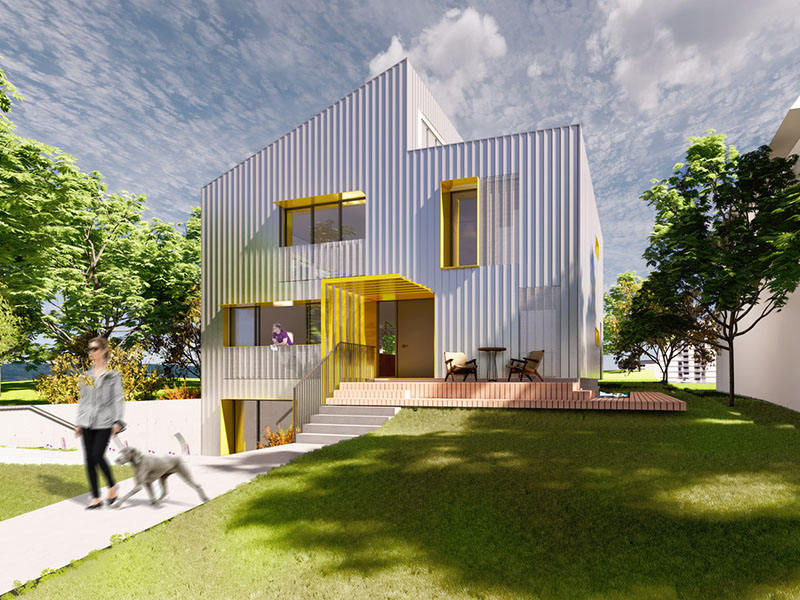 That viewpoint in a creative industry like architecture isn’t necessarily a bad thing—witness her landing at _SA, where one of the firm’s goals is to give clients originality every time out.

“That’s something that at _SA / BOLD we often get complimented on,” she says. “Our projects don’t look like any of the other projects we’ve done prior. We have guiding principles, but we definitely start anew with every project and make sure we’re giving our clients their money’s worth—as in you’re paying us for a new project, you’re not paying us to use a concept generated from another project. Not to mention, that’s boring for us as creatives.”

For Browne, the inspiration for many projects often comes from magazines, or art or even science—rather than rehashing designs from previous projects.

Like the project for a hair and nails salon Browne worked on, where she discovered hair and nails share a protein called Keratin, which was the narrative that tied the whole project together.

“We looked at images under a microscope and it was really, really beautiful,” Browne says. “So we abstracted that idea and created motifs with it all throughout the space.

“We love to have the freedom to explore in architecture—for example when researching for a project if you find an image, read a short story, look at a piece of art, or hear a piece of music that can inspire the project, you can often extract or abstract ideas from the content and apply it to the design thinking of the building.

“That’s my creative process: Generating a concept, not derived from any existing architectural project, with a clear, rational response to the site and program. The concept, program, and response to site essentially become the design approach, which results in an individually tailored solution to suit each project.”

And while we tend to think of exteriors when we think of notable architecture, there’s a whole other architectural world that tackles interior design.

For a Calgary firm like _SA, that often can involve tackling a truly Calgarian problem: Finding innovative ways to transform Calgary’s large restaurant spaces into cozier, intimate, and original designs.

“[Calgary] restaurants are too big and it’s mostly a reaction from a financial feasibility standpoint for operations,” Browne says. “And that becomes challenging if you want to do something niche, because that doesn’t appeal to everyone, so you’re not going to be able to fill your space.”

For one of the firm’s most recent projects, Orchard, located in the new SODO building on 10th Ave. SW, that was exactly the dilemma Browne found herself tasked with addressing. 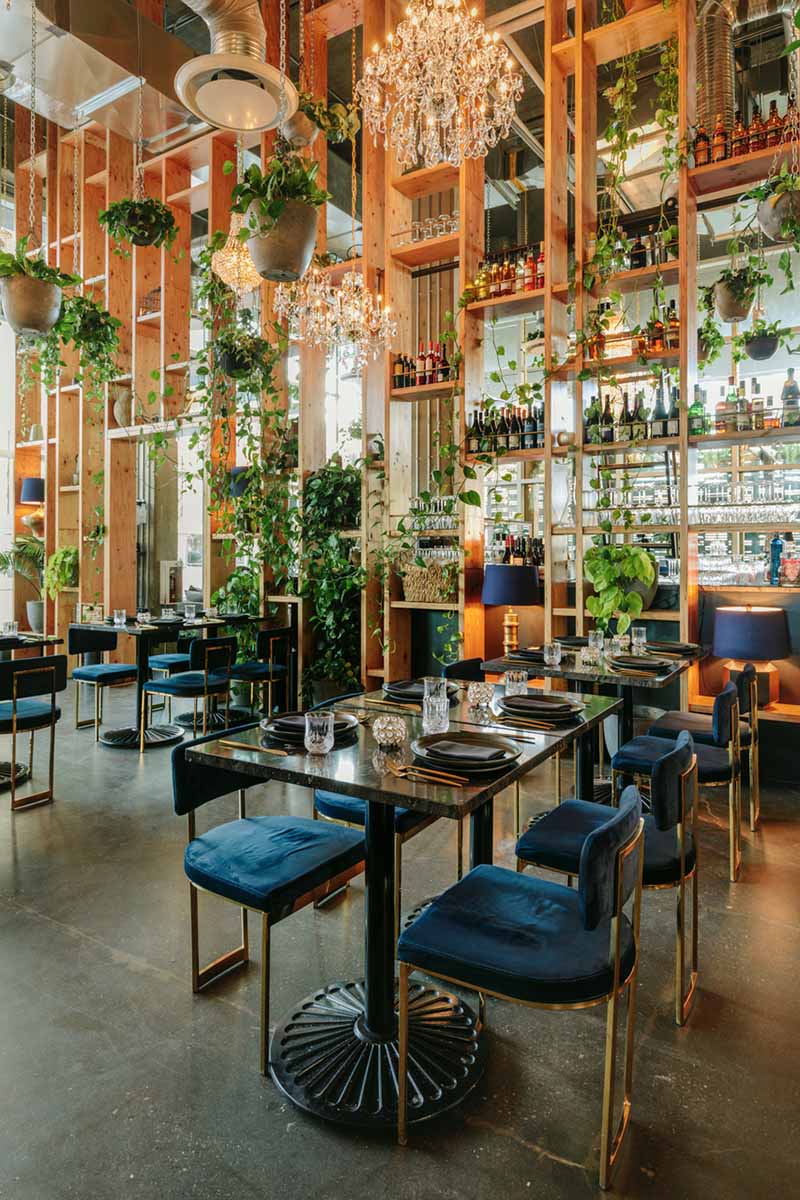 “We divided the space into two in order to create a more intimate dining setting. The lounge side is small and cozy and the dining room, while bigger than the lounge, is also a smaller size, and if we didn’t have the screen divider, the space would be a lot bigger—people want that more intimate setting when they’re dining.”

There’s also The Neat Blog, Browne’s version (she started it with her best friend) of a fashion blog that’s as quirky and niche as a hole-in-the-wall Montreal restaurant that seats 20 people.

“The whole blog is predicated on being raw, unfiltered and authentic and not projecting this perfect kind of life. It’s not perfect. We write about things that are atypical from what you would normally see on fashion blogs. We swear a lot. We write jokes about outfits and have a pretty small, cult-like following.”

In other words: They are fashion bloggers who don’t do sponsored content—and that’s okay.

“We wish we would have a larger following, but it is so niche, so to speak, it doesn’t appeal to everyone—which is fine, because we are doing it for us.”

Browne also likes to paint, although the catch when your day job is pretty creative is that there hasn’t been enough time to pour into that corner of her creative life.

Which, when you come to think of it, might be another way of answering the question of why does it matter to live a creative life?

“It’s really important,” she says, “to look at things differently and critically.”