When she was six, living in Ontario, Laura Lucier went to the Ontario Science Centre with her mom—and everything changed.

“They had one of the test articles of the Canadarm on display” she says, “the robot arm onboard the space shuttle—and they had space food and a space suit.

“I don’t know why I thought that stuff was so cool, but I did,” she says. “A lot of kids love looking at the animal exhibits, but that didn’t interest me nearly as much as looking at those astronaut suits.”

Cut to 35 years later. Lucier is now a veteran NASA employee, based in Houston, Texas, where she’s worked for the past 15 years as a robotics flight controller, leading teams performing operations onboard the International Space Station using the Canadarm2 and Dextre robots.

Is there something creative about operating robots in outer space?

“Absolutely,” Lucier says. “This robot arm has seven joints, so there are literally an infinite number of ways to pose the robot at a single position—so a lot of creativity and problem-solving goes into figuring out the safest and most efficient way to get the job done, or move that robot arm from point A to point B—so yeah, absolutely.” 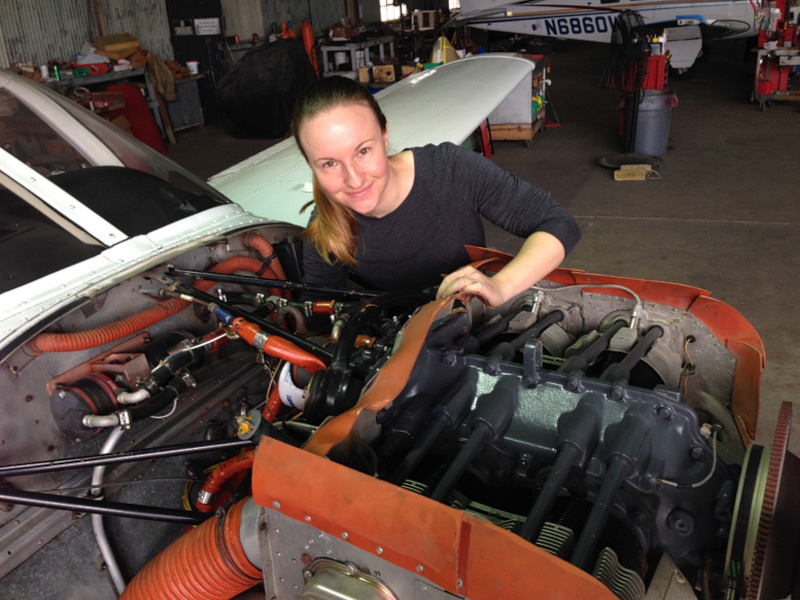 The twist in the tale is that as things turned out, Lucier’s cool NASA job kind of ended up becoming an obstacle when she applied to become an astronaut.

She had already caught the eye of space program honchos in both the U.S. and Canada, landing in the top 40 applicants to enter the Canadian astronaut program in 2009, and the top ~400 to enter the U.S. space program this year, but the reality of being chosen to be an astronaut is that quite often these days, they choose civilians with PhDs.

Lucier’s pursuit of a doctorate—her father Greg is a Professor Emeritus of Neuroscience at the University of Calgary—stalled 15 years ago, when her master’s research (from McGill) landed her the NASA gig.

“The PhD always felt like an unfinished thing [I hoped to achieve],” Lucier says. “It was a goal I had set for myself 15 years ago. Then this job opportunity came up—and absolutely, I’m so happy I took it—but it was always in the back of my mind, even though I had never actually enrolled anywhere, that getting a doctorate was something I had set my sights on and not completed.”

However, four years ago, following a visit to speak at the University of Calgary, her alma mater (in 2004, she was named the Graduate of the Last Decade by the school), Lucier discovered that the institution’s Schulich School of Engineering would allow her to pursue a PhD remotely, while she continued to work at NASA.

It all unfolded one day, when Dr. Ramirez-Serrano, a robotics researcher from the school’s mechanical engineering department, gave Lucier a tour of his lab—and then, when she mentioned how much she longed to complete her PhD, he said there was a way for her to be employed by NASA and be a remote PhD candidate at the school, at the same time.

“Every roadblock in my head,” she says, “he had a solution for and was willing to work with me to overcome.”

Lucier has been at it since 2013—she’s a digital Calgarian—and hopes to obtain her doctorate within the next year or so, giving her perhaps one more shot at following in the zero gravity footsteps of another University of Calgary alumnus, Dr. Robert Thirsk, and becoming an astronaut herself.

“The job of an astronaut is very different now than it was when I was six and first set my sights on it,” Lucier says, “but, you know—no matter where this dream leads me, it will continue to be an adventure.
Meanwhile, Lucier finds a few other ways to live a creative [and airborne] life down in Houston—namely, spending weekends flying around Texas with her husband Steve Wulf in the small plane they own.

“We like to go touring and flying around [Texas],” she says. “Of course we’re [also] both engineers, so we like to do as much of our own maintenance as we can and tinker around in the hangar.”

When she’s not up in the air or working out some robotic drama in outer space, Lucier likes to turn some of those astonishing photos of outer space that NASA produces into uniquely zero gravity stained glass. 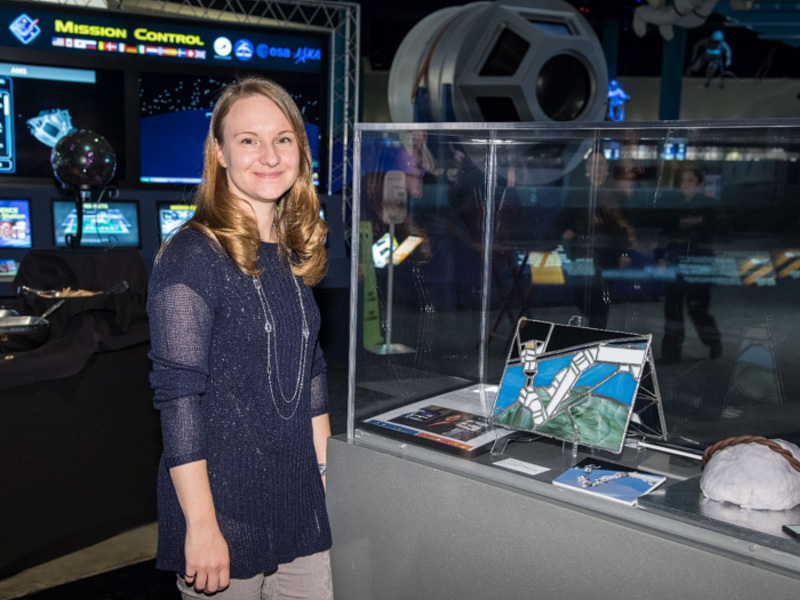 “In fact,” she says, “I recently had two of my pieces included in a public [art] exhibit for the first time, which was very exciting. Nicole Stott, an astronaut who recently retired from NASA to focus on her artwork and STEAM education, curated the exhibit of space-related art and art done by people who work in aerospace at Space Center Houston, the Johnson Space Center’s tourist complex and invited me to participate.”

So is there a connection between the scientific mind and the creative mind?