That’s because, back in 2011, Calgary native Minke graduated from the Royal Academy of Music in London and the University of Toronto, majoring in music, namely opera—which may have been the Amazon of the early 18th century, jobs-wise, but no longer was much of a job generator by the early days of the 21st century.

It was either re-invent her professional life by finding another thing to do, or reinvigorate a centuries-old art form that she loved more than anything in the world, so that it might appeal to younger, more diverse audiences.

The company spruced up the repertoire, adjusted the target demographics, and without any training in how to run an arts company, launched a 21st century opera company.

After all, what could be more of a creative life than re-imagining one of the oldest forms of musical storytelling?

If opera as an art form was dying, Minke decided to take on the role of artistic heart surgeon.

“As much a lot of people in my art form don’t want to say opera is dying, I really do think it is,” she says. “People don’t want to sit for four hours, doing anything, anymore—let alone watching an opera [sung] in another language.”

On the other hand, some of the most beautiful music written by some of history’s finest composers was waiting to be sung and interpreted by a new generation of classically-trained vocalists, including Minke.

If that meant taking an old libretto, and setting the story in Calgary, she could do that.

If it meant performing operettas, or even the music from popular films like The Sound of Music, so that the audience might sing along, that was fine, too. 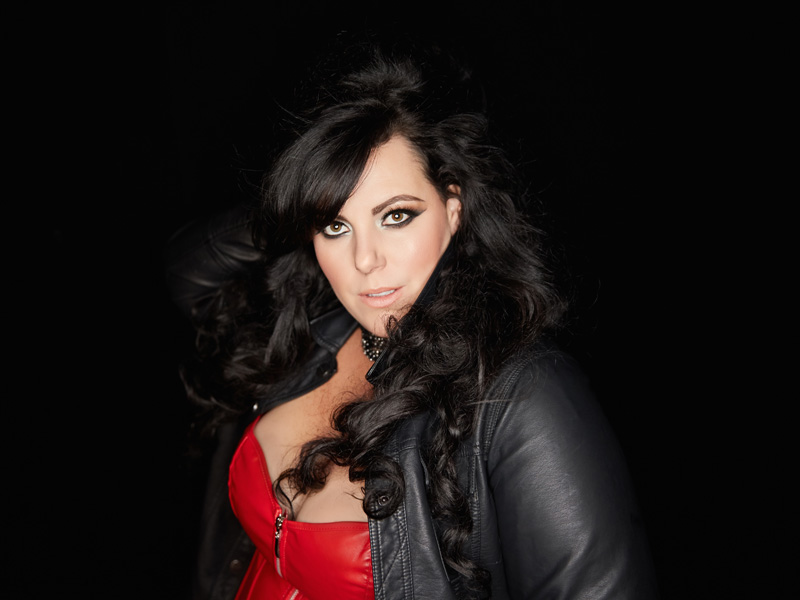 Right now, Minke has transformed Cowtown Opera into a company that performs for young audiences—and how else do you create a new generation of fans other than by meeting them on their own individual musical terms, in their own preferred musical venues?

“We’ve been at the Ship [and Anchor Pub] for open mic night,” she says. “We’ve been singing on sidewalks in our early days, for sure. We did a lot of flash mobs when those things were hot—and yeah—we can be seen in restaurants and pubs. A lot of people hire us to come out and sing Happy Birthday, or we sing at their kids’ birthday parties, or around town—we’ve even tried to put on shows in Jamieson Place downtown.

“These buildings have beautiful acoustics,” she says, “you just have to think outside the box.”

Minke has, in the ensuing half-decade since launching Cowtown Opera, become a prominent member of the Calgary arts community. She’s was named Top 40 Under 40 by Avenue Magazine, and won the Enbridge Emerging Artist Award at the Mayor’s Lunch for the Arts in 2013.

If it hasn’t exactly been a lucrative career (it rarely is in the performing arts) it’s been a dynamic one, both for Minke, the company and the city itself.

“Everything becomes a song lately,” she says. “We have the spaghetti on the wall song. Absolutely!”

Minke is also taking that disruptive creativity that inspired her to create Cowtown to the recording studio. Thanks to receiving a couple of prestigious grants, from the Alberta Foundation for the Arts and FACTOR in Toronto, she recorded a new album of old classics with—could she have done it any other way?—a few innovative musical twists.

It’s called Expect the Unexpected, and features a number of Calgary musicians, as well as a jazz piece with Al Muirhead, a new rendition of Queen’s Somebody to Love, as well as a selection of opera from Wagner’s The Ring Cycle.

The twist? She’s collaborating on this Ring Cycle with beat boxer Peterpot.

“That’s the whole point,” she says. “I want people to be like, whoa! I didn’t think those two things went together.”

She’s also working on a song from Carmen, with Calgary hip-hop artist James Noble that also features a pair of taiko drummers and a model draped in wearable technology that evokes Guardians of the Galaxy more than La Scala.

What does Noble the hip hop artist think of opera?

“He thinks it’s wicked,” Minke says. “He’s had so much fun doing it. He also wrote original lyrics for it, which is also really cool, because he’s not a traditionally trained person. Working with all these artists, I’ve just learned so much—about how the recording studio works, how amazingly talented people are by their ear—they don’t even need to read music—these people blow my mind. It’s been awesome.”

When you ask Minke how she lives a creative life, it almost feels as if the question ought to be, how doesn’t she?

“I live and breathe it,” she says. “It’s everything for me. If I didn’t have music in my life, or wasn’t using it to express myself, I don’t know what version of Michelle Minke I would be.

“I think it’s surrounding myself with other artists,” she adds. “It’s been really important—to keep inspiration going—especially being a new mom, where a lot of my days consist of now picking up food off the floor and doing laundry—to surround myself with creative people and get out there in the community—that has really kept everything going.”