The first official sound was an Indigenous drum beat. Booming and resonating within the gleaming walls, the warm and welcoming sound was much like a heartbeat, a sign that Studio Bell, home of the National Music Centre (NMC), was alive and open.

On June 29, 2016, Casey Eagle Speaker blessed the space shortly before world class championship drum group Eya-Hey Nakoda took to the stage. Followed by performances from Alan Doyle and Jim Cuddy, the special ceremonial event was the perfect precursor to the public opening on Canada Day long weekend. In fact, over 6,000 visitors explored the new space during the first few days and, thanks to Bell Canada, admission was free on July 1, 2016. The celebrations continue into Stampede week with The Bell Live Series once again bringing live music to the iconic King Eddy.

“The opening of Studio Bell is a momentous occasion for Canada and for Alberta, and it will be marked by a series of opening celebrations this year,” says Andrew Mosker, NMC’s President and CEO, in a statement. “It is important for us to open our doors to the public now to learn from our new space and begin to live our vision. I look forward to welcoming the world to Calgary to experience the wealth of Canada’s music story and the incredible future potential it holds.”

If you haven’t had a chance yet to visit Studio Bell, make sure you give yourself plenty of time to explore.

Designed by Brad Cloepfil of Allied Works Architecture, Studio Bell, home of the National Music Centre, is a breathtaking state-of-the art facility. The 160,000-sq.-ft. building includes five floors of exhibition space, a massive collection of artifacts, instruments and music technology, and there are even recording facilities, workshops, classrooms and an event space. From interactive exhibits where you can get hands-on with homemade instruments, to historical pieces and halls of fame, the place is a mecca for music lovers. Be on the lookout for exhibits that include Stompin’ Tom Connors’ stomping board, outfits worn by deadmau5 and Avril Lavigne, Corey Hart’s sunglasses and so many more.

And don’t forget the warm, and welcoming 300-seat performance hall where the first sound was performed. 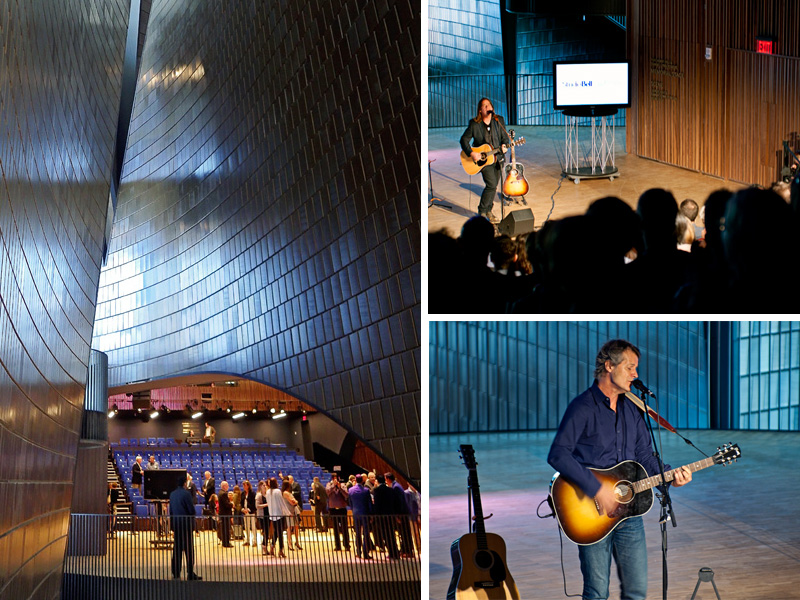 Regular admission to Studio Bell is $18 for adults, $14 for students and seniors, $11 for children aged three to 12, and free for children under three. For more information, visit studiobell.ca.