Sitting outside Amato Gelato, on Kensington Road in Calgary, I ask Derbyshire if she lives a creative life.

Rather than a yes or no, she smiles—and shrugs.

“I think I always have,” she says.

Read through Derbyshire’s amazing and astonishing biography, and that becomes quite apparent—right from the time, when she was 16, and her mom bought her a small motorbike to drive to school each morning.

“My [older] brother didn’t want to drive me to school anymore,” she says. “So he talked my mom into buying me a Honda Spree.”

Since then, there was a stint as a broadcaster (at CBC Radio, CHFM/CISS-AM and ABC Sports, among others), as well as other gigs marketing arts, culture and education in both Canada and the U.S.

Nowadays, Derbyshire is the chair of entrepreneurship, marketing and social innovation at Mount Royal University’s Bissett School of Business.

She doesn’t have to look far for case studies either, as she is also the CEO of Torch Motorcycles, a company she founded after returning to the road a few years ago.

That was a motorcycle trip that landed Derbyshire in Revelstoke, BC, one day, where she pulled into a garage for some minor maintenance on her and her partner’s Kawi 1500.

“[I] met a guy named Lou Brown,” she says, “who did old vintage bikes and he called a mid-50s Triumph in his shop a lady bike.

“I said what do you mean by that, Lou? And he’s like oh, Patti, I don’t mean anything by it—but women like the older vintage bikes. They seem happier on them.”

That set Derbyshire off on a journey of discovery—namely, trying to discover why women seem to prefer old vintage bikes over contemporary models.

“Sleuthy academic that I’ve become,” says Derbyshire, “I came back to the city, with this idea of starting a women’s motorcycle company, and went into the stacks, and said, somebody’s got to be doing this—Honda’s gotta be doing bikes that are more comfortable for women.”

What she discovered was two things. One, it was true—women did prefer old school motorcycles and two, no one was designing any contemporary bikes that fit women.

“They’re smaller,” she says. “They’re easier to manage. Lower to the ground. “What I learned was that the trend is towards bigger, more powerful bikes… go to any motorcycle shops in the city and you’ll see, they’re massive. They’re as big as cars now—so this has excluded women.”

First, Derbyshire got mad. Then, she got busy.

“I got kind of cranky,” she adds, “that women were being excluded from the sport, so we started Torch Motorcycles.”

The company has built a team of marketers, designers, mechanics, engineers—and even clothing designers —together to create a company that reinvents old-school motorcycle design and combines them with a little 21st century embellishment, such as wearable technology. 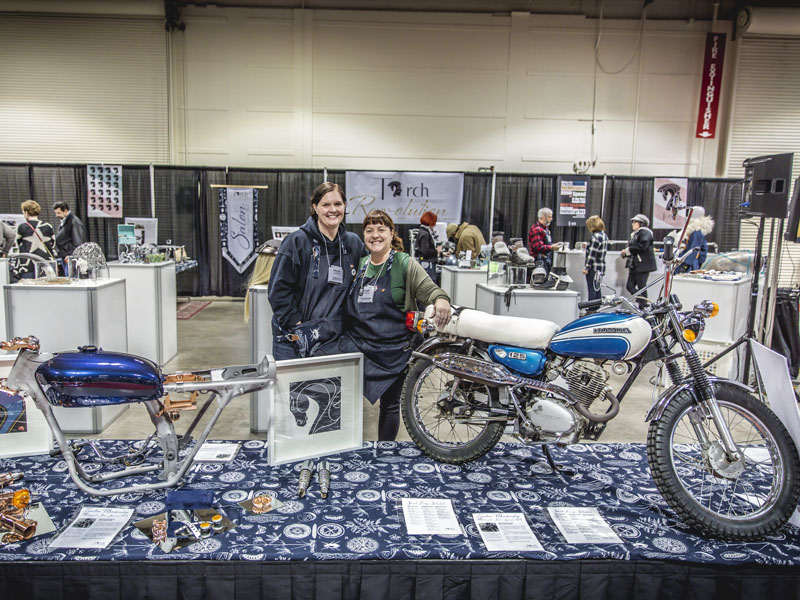 Starting out, what was equally astonishing was the surprise that came when she tried to dig up the data on women motorcycle riders.

It turns out there wasn’t any.

“We checked NASA records,” she says, “the Canadian military, [and] the American military. Nobody [had] ever measured women, or fit women for a motorcycle—and there’s so much [physical] difference between men and women [drivers].”

Essentially what Derbyshire has done is take the traditional motorcycle design and tailor it to a woman’s body, right down down to things like the seats (designed by Becky Wheat, whose title at the firm is Human Factors Engineer).

“Our bread and butter,” says Derbyshire, “is in seat design. And it comes right down to the fact—if we get acquired anywhere, or become subject matter experts for companies like Honda or Triumph—it’s going to be around what we know about women. And how they sit on a bike.

That’s a slight twist on the idea, promulgated by Derbyshire in her class, of creating using a concept she calls Human Centred Design—or, to paraphrase the late Hans Schumacher, who was talking about economics in his book Small is Beautiful—design, as if people mattered.

“We listen to users,” she says. “Human Centred Design is a course we offer in the new social innovation program—but design thinking has been a big part of entrepreneurship and marketing and social innovation at the school and it really is [all about], assuming we don’t have the answers.”

She glances across the table at a couple of boys slurping down gelato ice cream cones late on a Calgary afternoon in June.

“We learn more,” she says, “about how we would design something as benign as an ice cream cone to improve the [user] relationship and experience with it.” 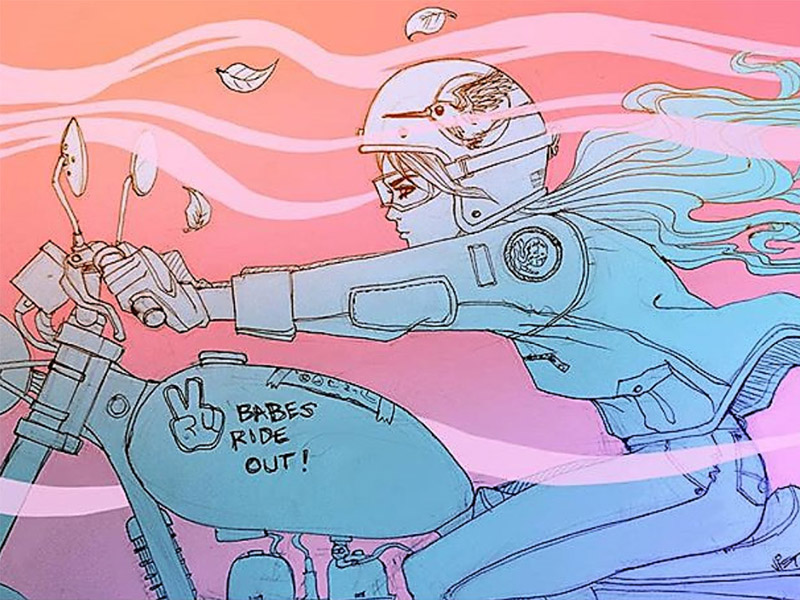 Part of that relationship spawned Torch’s Handbuilt Motorcycle Festival, taking place September 15 to 25, 2016. Now in its third year, the company has spent an entire season finding and curating motorcycles and their builder-riders. The festival encompasses motorcycle builds, mods, restorations, and franken-bikes from Calgary’s most compelling builder, riders, and enthusiasts. There’s even a popular culture aspect with a film series, artwork, apparel, build education programs and presentations throughout the 10 days of the show.

As far as Torch Motorcycles goes, at a recent motorcycle design and build competition, the company placed second out of more than 50 entrants.

The company is also what Derbyshire calls a B Corporation.

“When we filed our incorporated documents,” she says, “we declared our values would include women, would always be about our community—and if anybody ever came along with an offer, they bought our incorporation documents—that value set—with the company.”

In other words, what makes Mount Royal’s business program so special, in Derbyshire’s eyes, is that they preach social responsibility right up there with marketing and entrepreneurship—and if Torch is any kind of prototype, it’s an academic model with legs in the real business world.