In October 2020, Calgary Arts Development participated in the creation of a discussion paper exploring Calgary’s creative economy alongside partners from RISE UP Calgary, Calgary Economic Development, and Mount Royal University.

Even prior to the current pandemic, Calgary was facing serious economic and social headwinds. Fundamental structural changes in the oil and gas sector contributed to Calgary having the highest unemployment rate of Canada’s six largest cities over the past half decade.

Moreover, The City forecasts this unemployment to continue well into the 2020s, and Calgary Economic Development forecasts that half of the jobs performed by Calgarians today could be at risk of automation over the next 20 years.

Further, there are early warning signs suggesting that the socio-economic disruption facing our city is negatively impacting the retention of young talent. For example, over the past decade, when the regional population grew by 250,000, those aged 20 to 24 declined by 5.5%. Similarly, Calgary has a disproportionate share of migration of people aged 20 to 40 compared to other cities in Canada.

The structural disruptions facing our economy, combined with COVID-19, are causing community leaders to think differently about the future of our city. In this discussion paper, we explore Calgary’s creative economy and the opportunity and need to define a shared vision to maximize its impact on Calgary’s future prosperity. 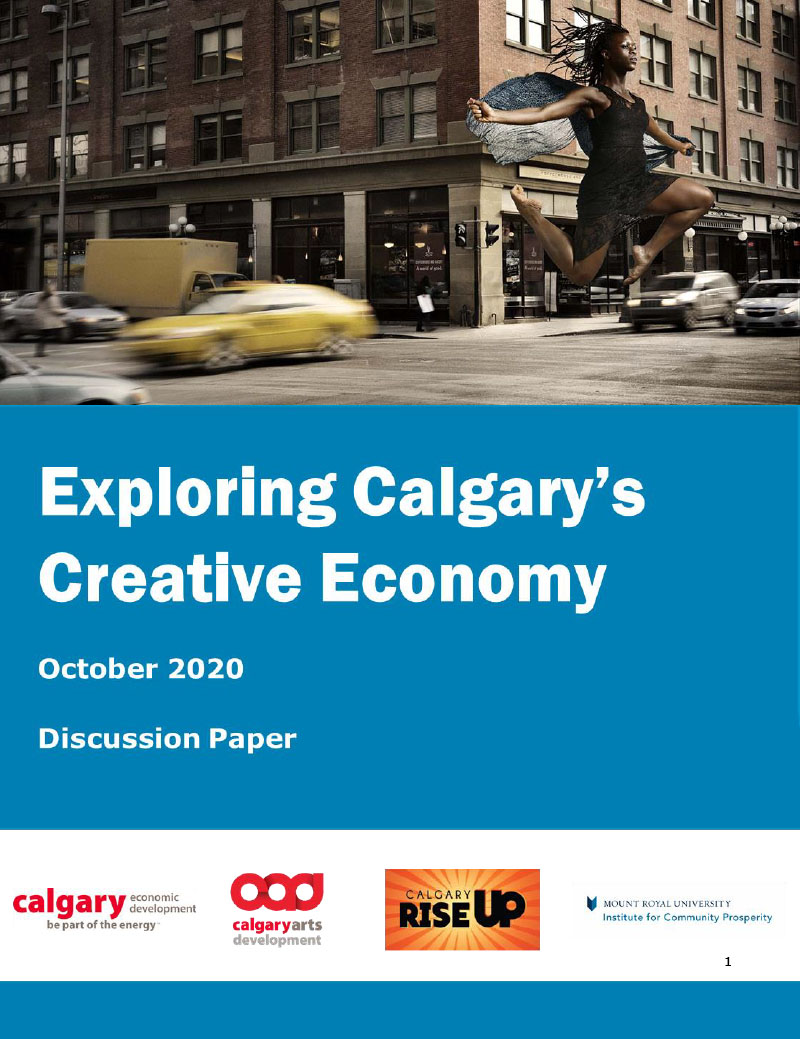