Having coffee with Richard White is like signing up for a graduate studies class, where you’re the only student.

The subject? Invariably, it is the way we design cities, and what we can do to improve ours.

White’s life’s journey has been eclectic and dynamic. He grew up in Hamilton, and became a scientist until he became a visual artist.

He eventually ended up running the Muttart Art Gallery, before morphing, in the mid-1990s, to being the guy in charge of the Downtown Calgary Association as it tried to brainstorm ways to bring back Stephen Avenue, an area sagging badly after a decade-long economic slump.

(For his efforts, White was named the 2000 Calgarian of the Year by Cityscope Magazine, the forerunner to Avenue.)

More recently, White has contributed a regular column to the Calgary Herald, Condo Living Magazine, and CBC Calgary Online where he writes about cities—usually Calgary, but sometimes, other cities, like Nashville, or others that bear some comparison to Calgary in terms of scale and the sorts of obstacles they face—and the creative ways they overcome those.

He’s also a Twitter mainstay—@everydaytourist–a one-man band who almost daily celebrates Calgary’s small treasures and its under-reported charms, particularly along its riverbanks in West Hillhurst (where he loves to flaneur with his two neighbour boys who are two- and four-years-old).

And yet, when asked how he lives a creative life, White responds as if the notion had never really occurred to him.

“I guess there are probably infinite ways to live a creative life,” he says. “As a young adult, I read lots of the existentialists, and their philosophy was basically, you are completely responsible to create your own life. I certainly bought into that whole-heartedly!”

But then, after giving it some thought, he decides to raise the bar on self-determination.

“Now whether that’s a creative life—that’s something different,” he says.

“If you are creating your life—and if you’re doing it consciously rather than unconsciously, and doing it with some rigour, then you’re being creative,” he says. “If you’re just letting your life unfold without any plan or direction—riding along on the path of least resistance—you’re not being very creative.”

It’s a whole other kettle of creativity, however, when you get White talking about how we design our cities—in particular, Calgary.

White combines a deep reservoir of knowledge and experience about how city planners think, with an optimistic walker’s sense of possibility, with a genuine affection for the city he has called home for over two decades now.

Whether one agrees with everything he says about the city, what is indisputable is that he cares passionately, about Calgary—the city it was and the city it’s becoming.

In his own prairie way, he’s Calgary’s very own Jane Jacobs, the urban visionary who moved from New York to Toronto in the 1960s when she saw what it could become, and wrote an urban studies classic, The Life and Death of American Cities—mixed in a bit with Richard Florida, the University of Toronto professor who relocated from Pittsburgh to Toronto (notice a pattern here?) and then wrote The Rise of the Creative Class.

“Cities are—I can’t remember who said it—they are probably the most complex and interesting creation of humankind,” he says.

When he looks at Calgary, he sees a city that has trouble saying no, and that is a little too quick to sign up for whatever the next great municipal movement is, instead of embracing its unique identity and building from there.

And White thinks he knows what Calgary’s true municipal superpower is.

“What I’ve been a big proponent of is that Calgary become the city of parks and pathways. That’s one of our strengths,” he says. “And so we focus on making sure we have the best paths and parkways in the world.” 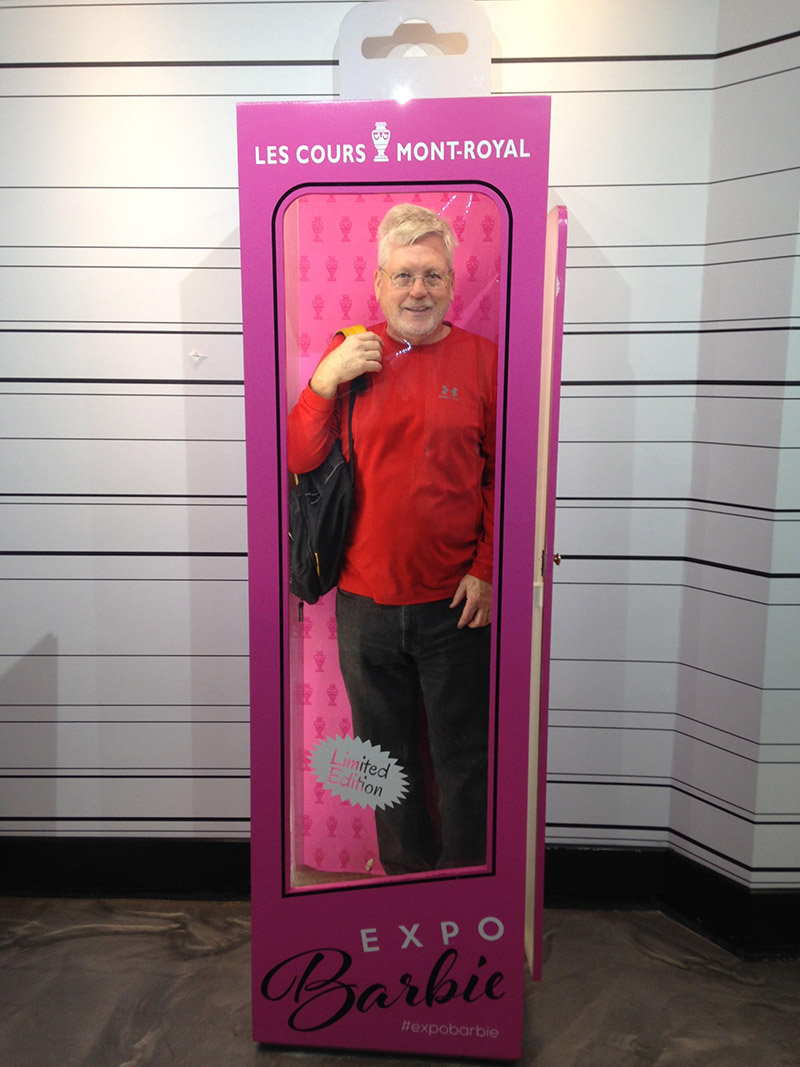 White’s mentor was a university professor who encouraged him to pursue his areas of interest.

“Dr. Davidson was a renaissance man. He collected art. He collected carpets. He went to the opera. He went to the ballet. He was widely read and became a second father to me.” he says. “I started buying art, and imitating him, but he taught me that you can have a certain platform, a certain perspective on the world and encouraged me to be my own person. Dare to be different. Don’t look at other people and try to be them. Look vigorously for what makes you happy. What drives you.

“And then I think you can be creative—whether it’s painting, which I did for a few years, and then running the art gallery, and then the downtown association, which I literally saw as one big performance piece.”

Under White’s direction, Downtown Calgary got its mojo working again.

“That was the best job I had ever,” he says. “We re-did Prince’s Island, we built Shaw Millennium Park, we reinvigorated Stephen’s Avenue—all of that stuff happened in the mid-90s, when we came out of a recession, just like we’re coming out of now.”

White is still as optimistic now, as he was back in the mid 1990s.

“We’ve got great parks. A great pathway system. And we probably have the best LRT system, if not the best total transit system for a city our size in North America,” he says. “We’ve got a decent roads system. Calgary’s economy is more diversified than people realize—and I think that’s why we’re seeing in this recession that while the oil patch is suffering and downtown is suffering, the distribution centres east of Deerfoot are still doing well.

“Airport traffic is down a little bit, but no city goes up every year,” he adds. “We have decent hospitals, schools. Our universities aren’t the top ranked, but sometimes it’s okay to be good enough.

“When you look at creating 21st century urban villages like East Village and all the things we’re doing in neighbourhoods like Kensington and 17th Avenue, and Mission, and 11th Ave, Inglewood, Marda Loop—they stand on par with Vancouver.

“You’ll hear the urban planners say, we have to improve the public realm,” he continues. “Our public realm is amazing! Look at our Bow River Promenade from the 14th Street Bridge to Fort Calgary—it’s amazing.”