If you’ve spent any time listening to Calgary’s airwaves you should be familiar with CJSW’s unique sound and strong community ties. Over the past 30 odd years on the FM dial it has built a key niche in the community by representing an underground culture and has become a hub for Calgary’s local music and arts.

We Make Radio: 30-Something Years of CJSW reflects, celebrates and shares that story.

Launched last week, the new book includes in-depth interviews, behind the scenes stories, rare photographs, and reflections on the importance of radio in our community.

Spearheaded by CJSW Station Manager, Myke Atkinson and CJSW’s Community Development Coordinator, Kendra Scanlon, the book brings together a year and a half of data mining, interviews, and many hours spent digging through archives.

“I started as a volunteer in 2012, so there were many years, stories, and jokes that were outside my realm of knowledge or imagination,” says Scanlon. “One thing I found very interesting was that CJSW trained and aired Calgary’s first female disc jockey, Deborah Lamb. There is an article in the book written by CJSW volunteer Jeanette Burman that touches on the formative years of women in broadcast. It is a feel good story that, in essence, helped shape the way the station approached diversity and supported social progress in even the earliest years of CJSW history.” 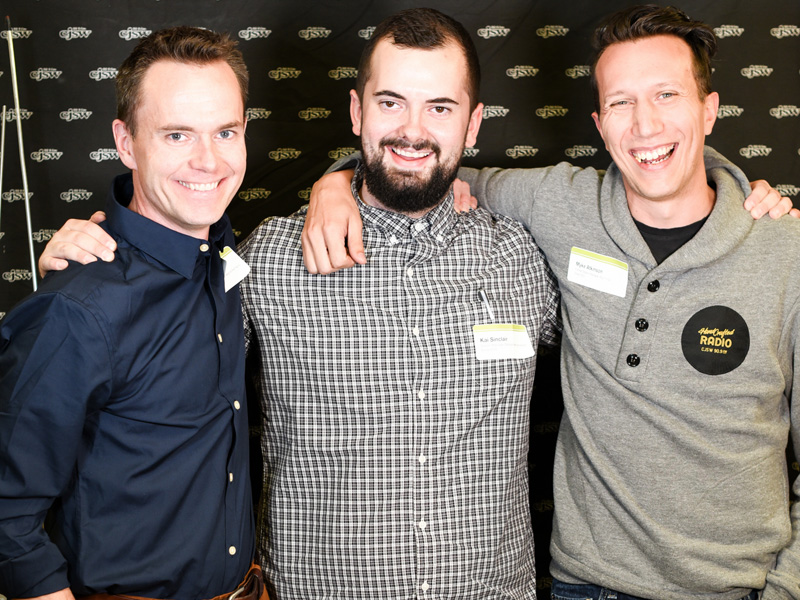 The station has spent years putting the hard work and passion of Calgary’s vibrant arts and music scene to the forefront, and that alone is something to celebrate.

“Creativity exists in this city apart from CJSW in many many forms, however the station does act as a conduit for creativity,” Scanlon continues. “It puts the weird and unheard into people’s car, home, and headphones and in doing so a cohesiveness starts to develop. There are so many different things going on in Calgary’s underground, and CJSW is fortunate enough to have become a nexus for creative pursuits.”

As for why CJSW’s story is important to tell, well that’s something Scanlon considered many times throughout the curation of the book.

“It’s a unique place,” she says. “CJSW has become the biggest and—I say this as humbly as possible—the best community radio station in Canada. We have come so far from facing challenges like simply keeping the lights on. We have been able to grow into a voice for Calgary. The only reason this has all been possible is because of the community that supports us year after year, hour after hour of radio. Our story is an important one to share because it is a testament to the power of community, the power of supporting what you believe in, creating the city you want to live in, and the willingness to share it with people who have the same ethos.” 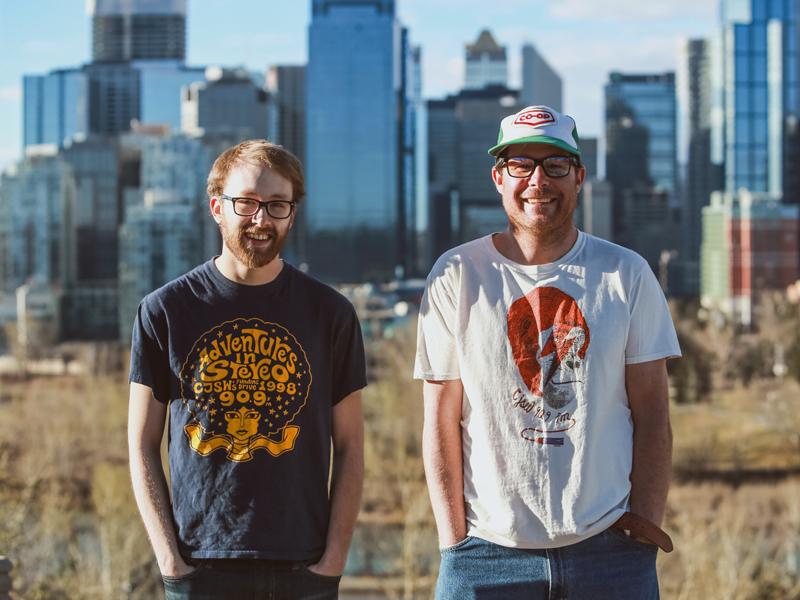 From We Make Radio, longtime volunteers, Cailean David and Greg Chernoff show off their favourite Funding Drive t-shirts from years past | Photo: Courtesy of CJSW

Scanlon was also quick to point out that the creation of We Make Radio would not have been possible without the dedicated work of all the writers, designers, editors, volunteers, and staff that supported the project. The book itself is a thank you to the listeners, members, and community partners for years of dedicated, unwavering support as well as an exploration into the station’s history and relevance.

“In typical CJSW style, it was an all-hands-on-deck approach and I couldn’t be more proud of the contributors,” she continues. “I have learned so much from the project, I have been humbled and awed time and time again by the passionate people who spend their free time committed to creating radio. It’s been a magical experience.”

We Make Radio: 30-Something Years of CJSW is available for free at stockists across Calgary and at CJSW. Head to cjsw.com for a full list of where you can pick up your own copy.