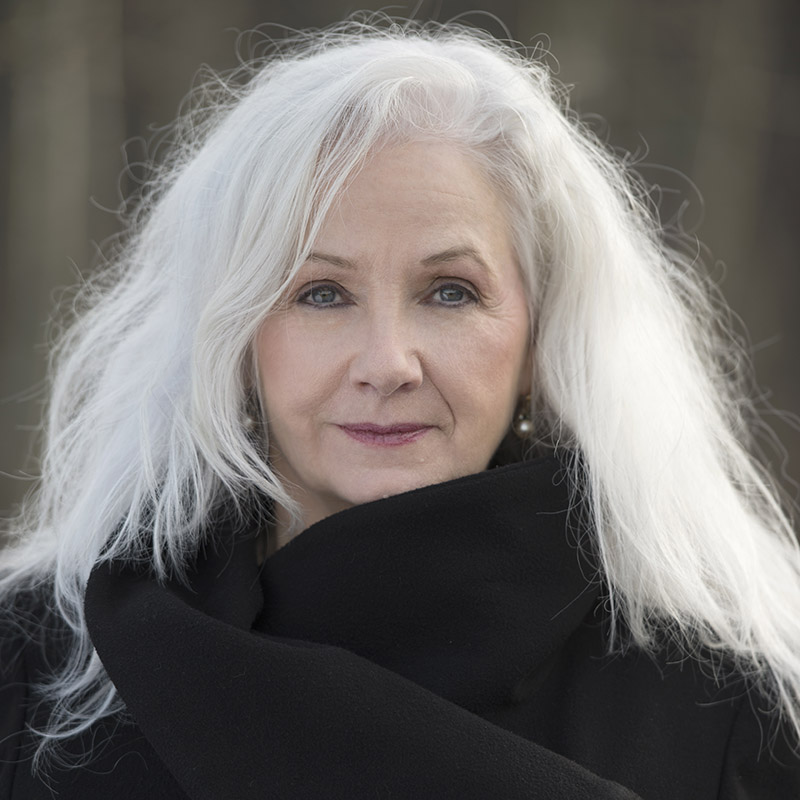 Sheri-D Wilson is the award-winning author of 11 books, the creator of four short films, and has released three albums which combine music and poetry. She is known for her electric performance-style, making her a favorite with local and international audiences. She has read, performed and taught at festivals across Canada, USA, UK, France, Spain, Belgium, Mexico, and South Africa.

In 2017, she received her Doctor of Letters, honoris causa from Kwantlen University, after launching her new collection of poetry entitled, The Book of Sensations (U of C Press), and a full-length CD with poetry and music called Dragon Rouge.

Her 10th collection of poetry, Open Letter: Woman against Violence against Women, was shortlisted for the Robert Kroetsch Poetry Book Award & CanLit. Her collection, Re:Zoom (2005), won the Stephan G. Stephansson Award for Poetry. She was editor of the celebrated, The Spoken Word Workbook: inspiration from poets who teach.

Her work has received national and international acclaim with such honours as a 2013 feature interview with Canadian icon Shelagh Rogers, a 2012 article in Chatelaine Magazine, a 2012 TED Talk, and the subject of a half-hour documentary called Heart of a Poet. In 2009 she was named one of the top ten poets in Canada by CBC.

Poetic experiences that stimulate the community into their own creativity, join Sheri-D Wilson for Poetrology.

Poetrology brings poets and creators together to produce an unforgettable experience that will include many dimensions of poetry: sound, music, visual poetic play, and poetry hacking. We’re creating a space for you—our audience—to interact with poetry in unique ways, and leave you feeling inspired.

Poetrology is accessible to everyone—creative or not—and we invite you to come and play with us! Learn more and register at calgaryspokenwordfestival.com.