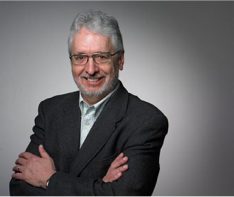 Jim is the Dean of the Haskayne School of Business, and Associate Professor of Strategy & Entrepreneurship.

In 1999, Jim was named Calgary’s Citizen of the Year, and in 2011 the Alberta Real Estate Foundation named him a Thought Leader. He is an Honorary Member of the Appraisal Institute of Canada, has won best teaching and best paper awards. For several years he was the Real Estate columnist for the CBC Eye Opener, and urban design co-columnist for the Calgary Herald. Jim has several research and teaching awards, three books, two book chapters, over 20 academic papers, and over 60 newspaper and practitioner articles to his credit. Jim’s newest book, Achieving Longevity: How Great Firms Prosper through Entrepreneurial Thinking was included in the Forbes list of 17 Summer Reads Creative Leaders Can Read at the Beach post, and received acclaim from major International business outlets, including CEO Magazine, Fortune, Globe & Mail, BizEd, Boss Magazine, and Business Superstar.